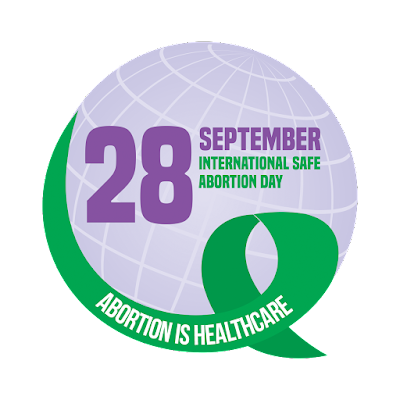 Abortion is the sine qua non of women's liberation. Without the ability to choose whether and when to have children, women are slaves to their reproductive organs, and to the governments that control them.

There is no reason for an unwanted pregnancy to ruin a woman's life. Abortion is a safe and harmless procedure. But thanks to governments that allow themselves to be controlled by religious zealots, millions of women don't have access to this option.

In North America, the death of Supreme Court Justice Ruth Bader Ginsburg has prompted fear and anxiety about abortion rights in the United States. I understand this, but I also find it incredibly frustrating. While liberal Americans have been obsessing for years about Roe v. Wade, the legal right to abortion has become all but meaningless. State after state has enacted laws with the sole purpose of creating barriers to abortion services -- of making abortion legal in name only.

For the past 30 years,anti-choice -- that is, anti-woman -- legislators funded by the religious right took over state after state. In 2018 and 2019 we read about an American "war on women". Pro-choice activists were amazed. Are you kidding me? You just noticed? That war began in 1980, during the Reagan administration.

According to the Guttmacher Institute:

Unfortunately, "somewhere in between" is hostile to the girls and women who are disproportionately affected by restrictive laws -- teens, low-income women, women with disabilities, women who lack childcare. (I'm not sure why the number of states doesn't add up to 50.)

If a pregnant person can't simply arrange to terminate an unwanted pregnancy -- because of the expense, or restrictive laws, or the absence of providers -- then her state is hostile to abortion. That makes 36 states vs. 7 states. Right now. With Roe.

The end of Roe is not the end of safe, legal abortion in the U.S.

When Roe v. Wade is overturned -- which is inevitable, with or without our beloved RBG -- it doesn't mean abortion will be illegal in every state. To my knowledge, it has never meant that.

Post-Roe, there will be slave states and free states. Women from slave states, where abortion has been made illegal, will have to travel to free states to access services. Which is pretty much what happens now.

In 2016, the road to abortion-access hell took a brief, positive detour, with the Supreme Court victory in Whole Woman’s Health v. Hellerstedt. This decision ruled that some of the most restrictive anti-abortion laws are indeed unconstitutional. But guess what? States don't care. Many of these unconstitutional laws are still being enforced.

And even without Whole Woman, there is this.

Like all laws, restrictive abortion laws do not affect all women equally: poor women and their children are disproportionately impacted. Abortion access -- like all health care -- should be a right, not a privilege. 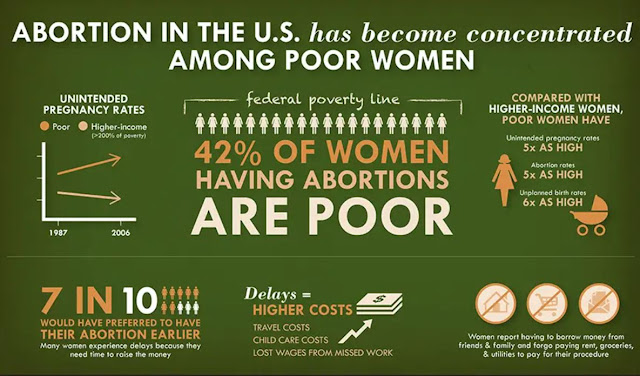 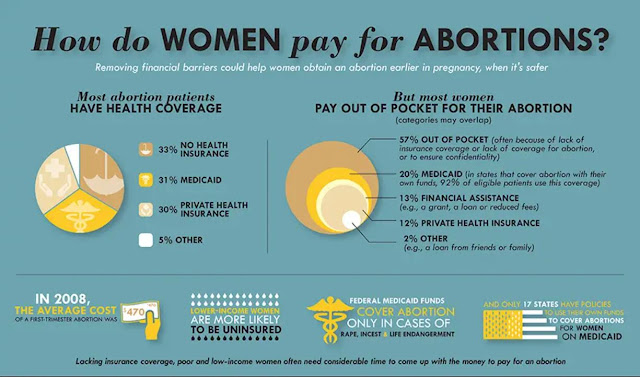 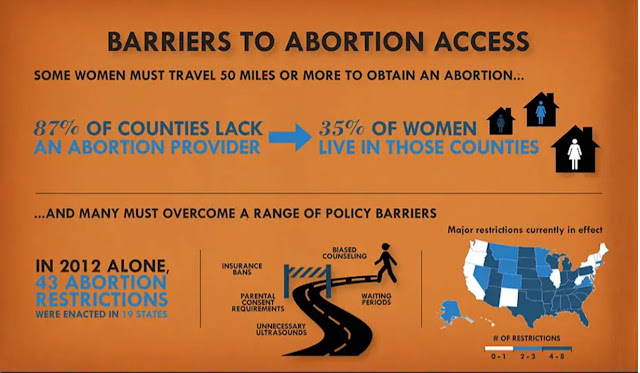 There are excellent and eye-opening fact sheets from Guttmacher -- facts that are worth knowing (if not the numbers, then the gist) to counter media misinformation and the anti-abortion movement's lies.

This post focuses on abortion access in the United States. But abortion access is an issue for every woman on the planet, and it is restricted on every continent. Unsafe abortion is a leading cause of death of women worldwide.

To help, consider giving to your local abortion fund.