for labour day: the unsung heroes of our movement

I thought about choosing a few memorable heroes of the labour movement throughout history, writing some short profiles. There's no shortage of fascinating information about the likes of Eugene V. Debs, A. Philip Randolph, Dolores Huerta, Mary Harris Jones, Joe Hill... and so on. 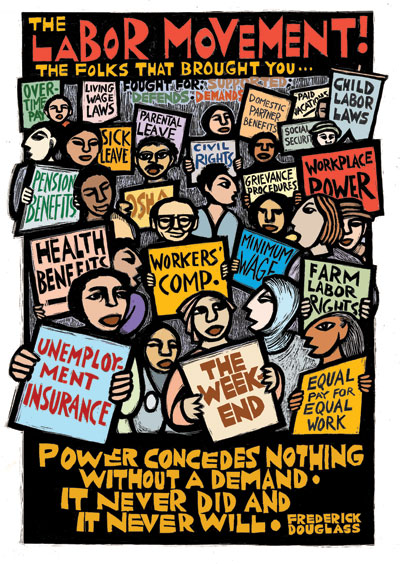 My own experience has shown me that the heroes of any movement are people whose names are known only to those around them. The people who are the labour movement on its most granular level. The real labour behind the movement.

The shop steward who listens patiently, and says, If you decide to go forward with this, your union will support you. I am here for you. 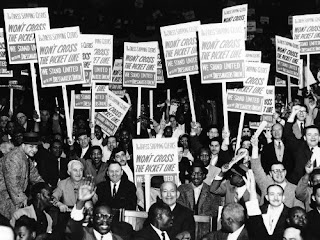 The colleague who raises their hand at a staff meeting, and says, I'm concerned that we are all very stressed by the volume of work we're dealing with.

The worker who knocks on their supervisor's door to discuss an ongoing harassment issue she has witnessed.

The mom who brings her kids to a local picket line, saying, "These people are helping families have better lives. Let's see how we can help them, too."

The man who hears his colleagues badmouthing striking sanitation workers and says, "It's not that simple. They have good cause," and offers a different point of view.

The fast-food worker who finishes her shift, takes care of her family, then does social media for Fight For 15 while her kids are asleep.

The nonunion office worker who shares the terms of her employment with her co-workers to encourage them to ask for a higher wage. 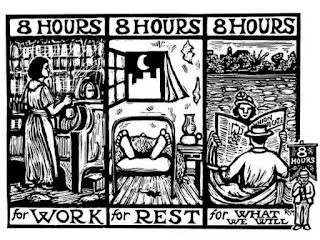 The guy who says, "Are you kidding me? Unions are so necessary. Unions are what built the middle class." (I can still picture him saying this, a university buddy of mine, pushing back against the rising tide of Reaganism.)

My colleague who never said a word about the union, never attended a single meeting, then was the most reliable, most stalwart, loudest man on the picket line, every single day.

Neighbours who bring water to a picket line in the baking heat, scarves and mittens in the bitter cold. 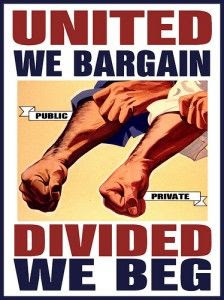 Everyone who's ever said: "Anyone need a ride to the meeting tonight?"