rest in peace, canine with a brave rebel heart 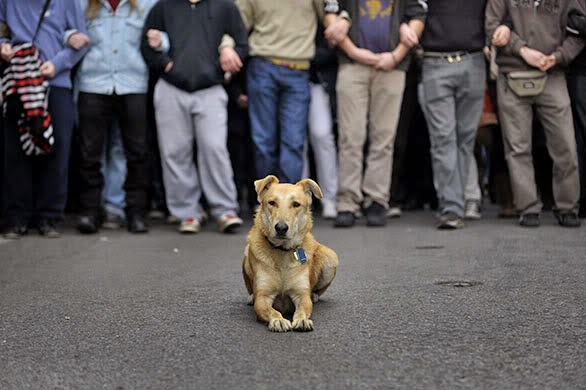 When I blogged about him a few years back, he was called Kanellos, the Greek rebel dog. Somewhere along the way, English-language media dubbed him Riot Dog. He was also called Louk, short for Loukanikos. Louk, Kanellos, and also Thodoris may or may not have been the same dog.

Whatever his name, he was brave, loyal, and handsome, and he stood on the side of the People. His health was diminished by tear gas, but he soldiered on. He died recently at the home of a person who cared for him. He was thought to be about ten years old. 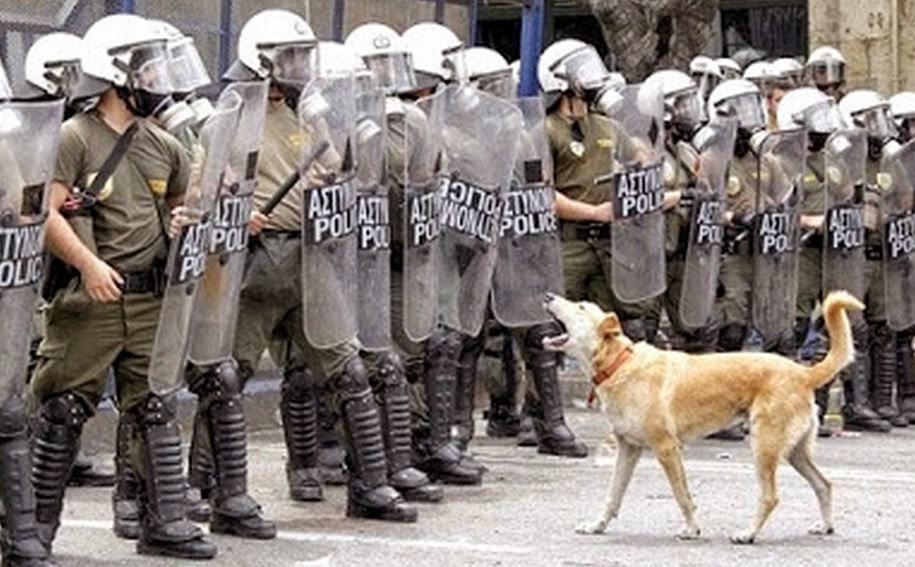