more art and culture in the suburbs: indian art activism and the baps mandir

In September my mother was here for her annual visit. I always plan some art or cultural attraction for us to take in. This time she was recovering from some knee surgery, so major walking in Toronto was out. On a previous visit, we had already done most of the cultural attractions in Mississauga - or so we thought. I'm pleased to say that the west-end suburbs was up to the challenge.
At the Art Gallery of Mississauga, we saw a fascinating exhibit on the Sahmat Collective, a group of artists in India who use street art to challenge religious and sectarian intolerance. The AGM itself is a small but lovely space housed in City Hall.
A colleague suggested a fibre-art show at the Art Gallery of Burlington. My mom loves any kind of craft or handwork, so this was a great fit. The Burlington space has an excellent street presence near the waterfront, something the poor AGM can only dream of. 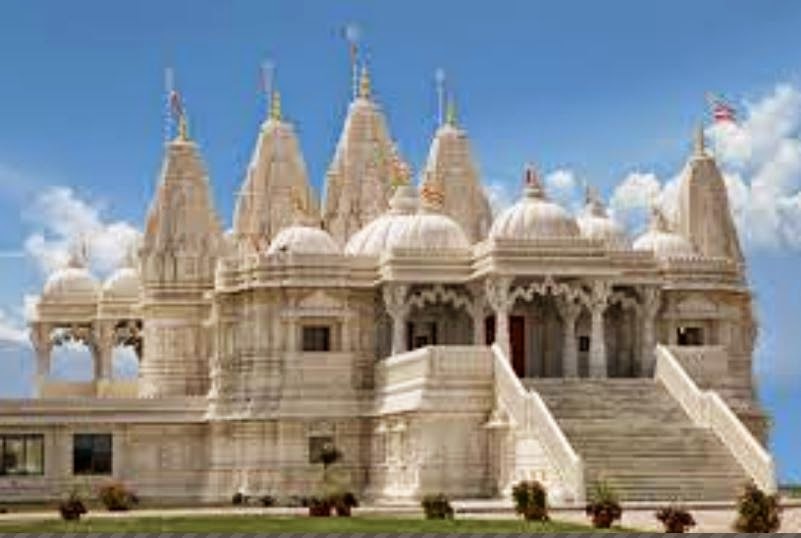 The highlight of our cultural tour was a visit to the enormous mandir, or Hindu temple, that sits on the border of Toronto and Mississauga, full name BAPS Shri Swaminarayan Mandir Toronto. Like everyone else, we've seen the giant white wedding-cake of a building from the highway, but had never thought of visiting before.
The building is extraordinary. It was built from 24,000 pieces of sandstone, carved in India, then assembled in Canada like a giant jigsaw puzzle, without a single screw, bolt, or nail. The temple portion is elaborately carved sandstone, and the adjacent community centre is equally elaborately carved wood. It is the largest temple of its kind, by far, in North America. 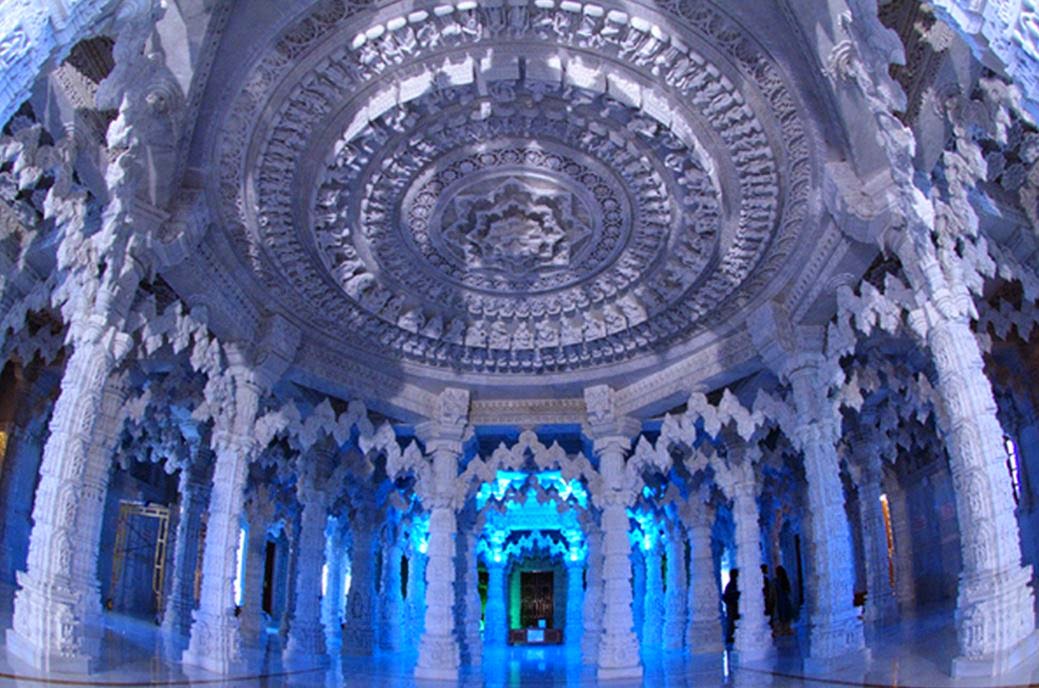 The mandir's unfortunate location near several major highways and the airport must ensure that the gleaming white stone is usually blackened, and in constant need of cleaning. It was being cleaned while we were there.

No photography is allowed inside, but there is an interesting video describing how the building was designed and constructed, and documenting its celebrated opening in 2007. Unfortunately, that last part includes Stephen Harper.


The unexpected Indian theme - both the AGM exhibit and the mandir - seemed fortuitous. The following week, one of our nieces was visiting, and she has lived and traveled extensively in India. With her, though, we went for dim sum, took the dogs to the beach, and wandered around the University of Toronto (St. George) campus.

With much of my family now living on the west coast, we're no longer having the big family gatherings for US Thanksgiving, and I rarely see my nieces and nephews. This would be the case even if we still lived in New York City. I don't miss the 11-hour drive, but I do miss seeing everyone.
Posted by laura k at 10/13/2014 06:00:00 AM