The artist Chuck Close died last week at the age of 81. He was an incredibly talented artist, a progressive thinker, and a diehard New Yorker who was often seen around town, especially in museums and galleries.
I had the good fortune to interview Close at his studio in 1998. I saw a few paintings in progress, and had a glass of wine with him. The interview was for a cover story for New Mobility magazine, and at that point, a highlight of my writing career.
My interview with Close is notable, in my mind, for a foolish gaffe I made in the published story. Close said something off the record, then talked for a very long time, and I assumed the off-record part was very brief -- turns out it was the whole long story.
He was gracious about it towards me, but furious at the magazine who allowed the story to run without checking with him first. The online edition was edited, but in 1998, print was still ascendant in the magazine world.
The quote caused Close no small embarrassment, and of course I was embarrassed, too. But I was also secretly pleased that I was able to include an unvarnished truth that the subject preferred withheld.
If you're interested, here's the story. 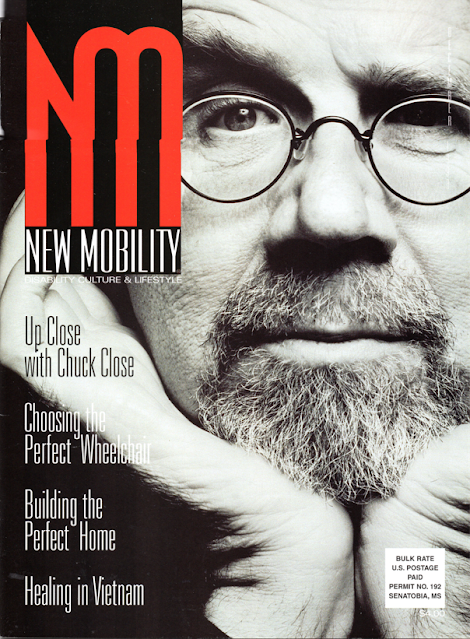 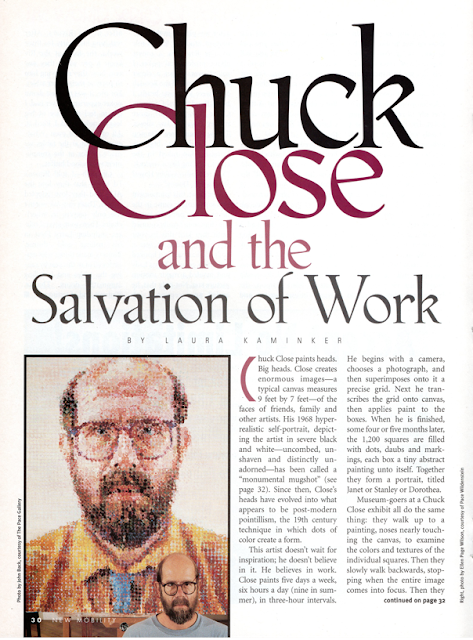 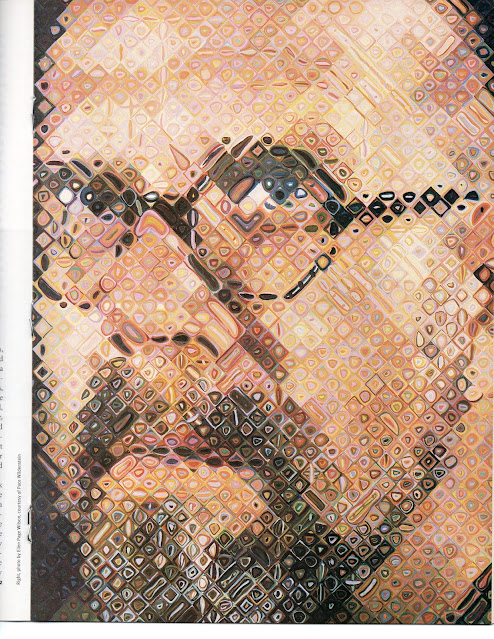 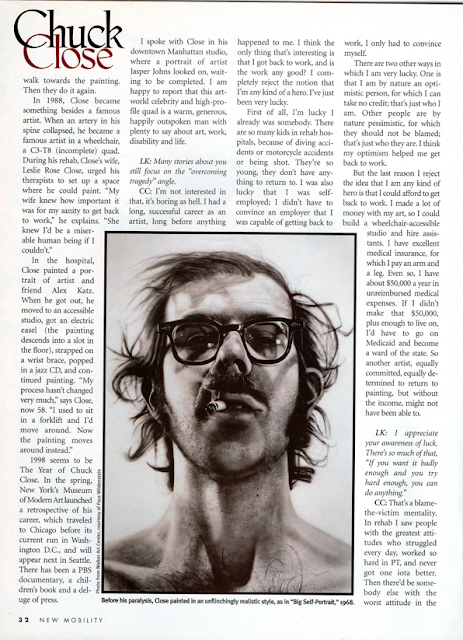 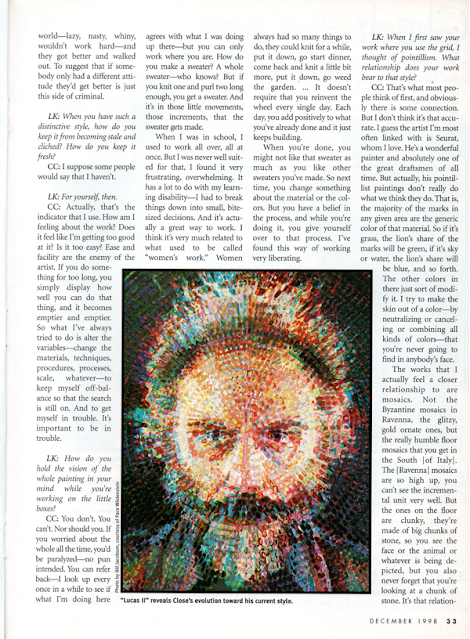 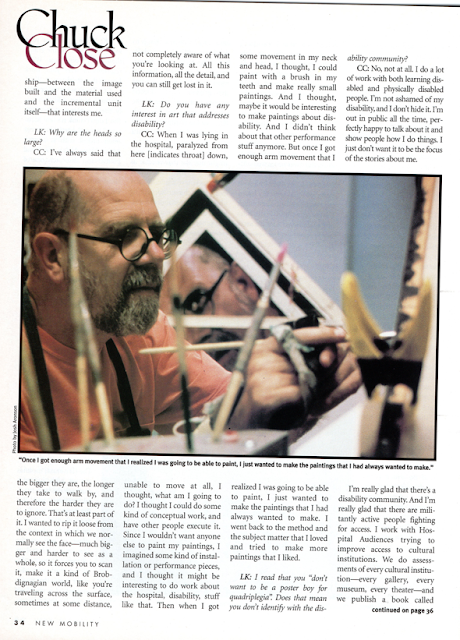 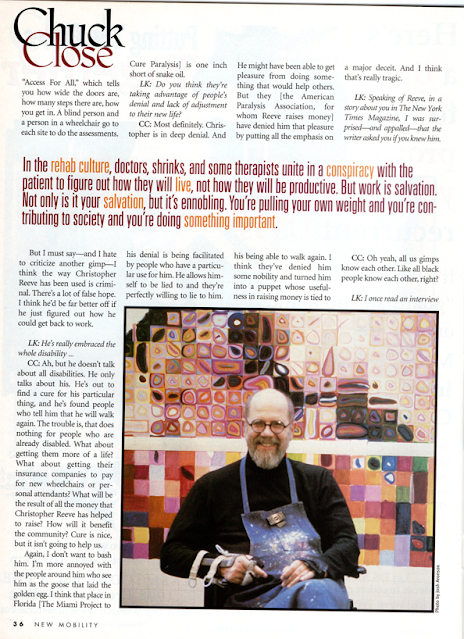 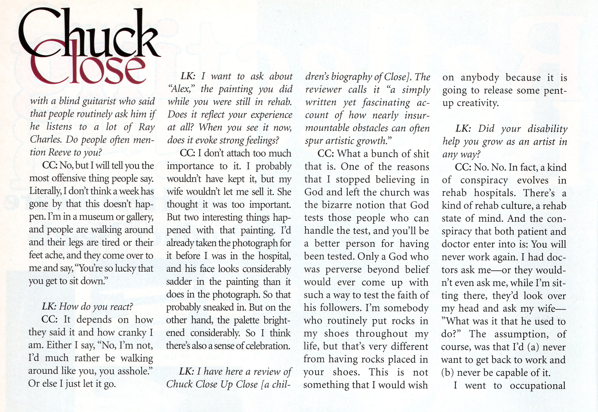 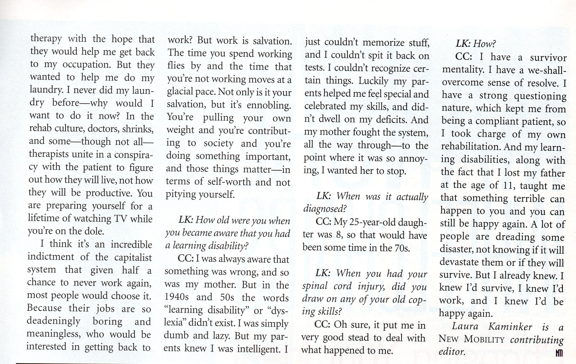 You mention a children's biography of him. . . ."What a piece of shit that is."

When this came out, some people thought he sounded like an asshole. I thought he was honest and funny. I really enjoyed his attitude and sense of humour.

I remember when you wrote this excellent article and enjoyed reading it again. I thought of it when I learned of his death.