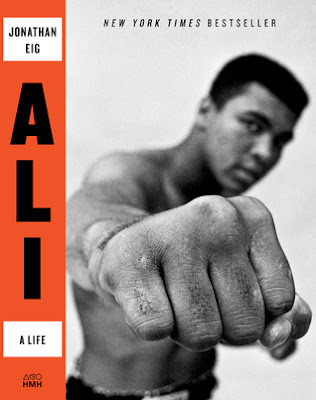 One day in 1970, a white Philadelphia schoolteacher named Marc Satalof asked his wife if she wanted to go for a drive and see if they could find Ali's new home. . . . Ali was in the living room watching TV with friends. Satalof introduced himself and asked Ali if he would visit his school, Strawberry Mansion Junior High, in an all-black, gang-infested section of North Philly. Ali agreed without hesitation. He showed up on the day he said he would and spoke to several groups of students. When Ali complained he was getting tired, Satalof thought the boxer was politely suggesting he was ready to leave. But Ali said no, he didn't want to quit; he hoped instead to take a short nap and then come back to the school and address the rest of the students. Ali proposed a trip to Satalof's house, which was near the school. While Ali was napping, one of Satalof's friends knocked on the door, checking to see if he was okay, because it was unusual to see Satalof's car in the driveway in the middle of the day. Satalof asked the neighbor to be quiet because Muhammad Ali was sleeping in the next room. The neighbor laughed. If you're cheating on your wife, the neighbor said, don't worry, I won't tell anyone. No, really, Satalof said, it's Muhammad Ali. At that moment, Ali, having heard the conversation, stormed out of the bedroom, throwing air punches and pretending to be mad. After signing an autograph for Satalof's friend, Ali went back to the school and stayed three hours, until every student had a chance to hear him speak and every request for an autographed had been filled.