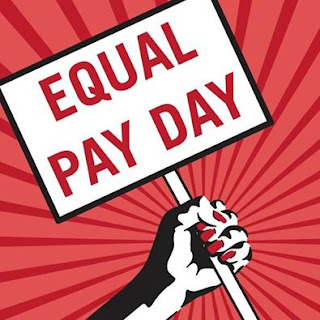 Today is Equal Pay Day in Ontario. Why? It's the day that, if you're a woman, your earnings have finally caught up with what men were paid the previous year. Women doing the same or equivalent work still earn, on average, 30% less than their male counterparts.

The higher up the food chain a woman works, the greater the gap in pay.

The Canadian Centre of Policy Alternatives has collected the data and done the rigorous study. No further study is needed. What we need is action.
Posted by laura k at 4/19/2016 03:00:00 PM