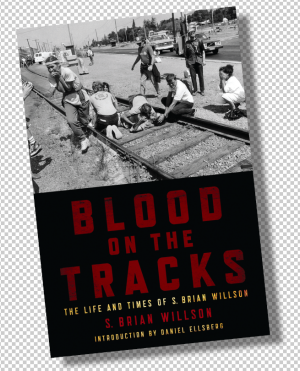 S. Brian Willson is a Vietnam veteran and peace activist. In September 1987, he lost both his legs when he was run over by a US government munitions train during a nonviolent blocking action.

Willson recently published a memoir, Blood on the Tracks; you can hear or read an interview with him by Amy Goodman on Democracy Now! here.

Next Monday, November 7, Brian will be speaking in Toronto, at a fundraiser for the War Resisters Support Campaign. If you're in the area, please join us for an evening of food and conversation with S. Brian Willson, and get an update on the most recent developments in the campaign to win asylum in Canada for Iraq War resisters.

Labels: how the us supports its troops, war and peace, war resisters