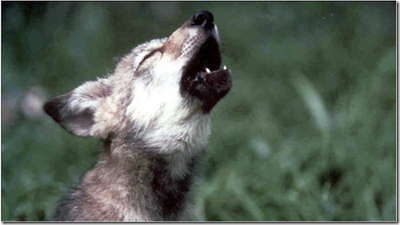 I am dismayed -- and heartbroken -- to report that the last-minute budget deal agreed to by Congressional leaders on Friday night will strip endangered species protection from gray wolves across most of the Northern Rockies, leaving them at the mercy of states that plan to kill hundreds of them.

This stealth attack on wolves -- which circumvents the will of the courts and good science -- was inserted by Representative Mike Simpson (R, ID) and Senator Jon Tester (D, MT). It was approved by the leadership of both the House and the Senate, and it was okayed by the White House.

It is a shameful day for this nation when both parties unite behind the slaughter of an endangered species -- without public hearing or debate.

And there is another victim here as well: the Endangered Species Act.

Congress has never before removed an animal from the endangered species list. By replacing scientific judgment with political calculation, the House and Senate have struck at the very heart of wildlife protection in America.

We have to make sure that the political door is not thrown open to new attacks on other imperiled species.

Send a message to your Senators and Representative right now, expressing your outrage at this attack on wolves and telling them to keep their hands off the Endangered Species Act.

In the meantime, I urge you to keep faith with our shared dream of a sustainable future for wolves in the Northern Rockies. Tens of thousands of you made your voice heard over the past six months as we tried to stave off this worst-case outcome in Congress.

We fought the good fight but, in the end, we could not overcome the Beltway politics of cynicism and deal-making. We are left feeling terrible sorrow for the wolves that will now die as a result.

But make no mistake: we have fought too long and too hard for wolf recovery to give up. We always knew that achieving our goal could take years, perhaps decades. And as I write this, NRDC is already preparing for the next phase of this fight.

Labels: animals (other than dogs), environment, us politics, wolves