killing is not a game: keep slaughter contests out of ontario 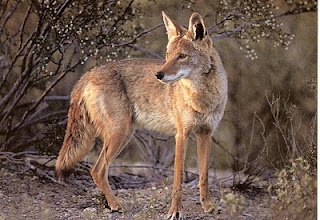 With the federal election in full swing, this is a tough time for any group in Canada trying to gain attention to a local cause. Bad timing, plus the usual dollops of fear and ignorance, may lead Ontario to legalize a disgusting practice that makes a game out of animal slaughter.

Coyote-killing contests - which apparently take place in this province but are illegal - may soon openly flourish. Ontario is considering legalizing coyote-kill contests, and - I've just learned - the period for public comment ends this Monday, April 11. It only takes a moment to click and send a letter to Dalton McGuinty opposing such idiocy.

From an email from the Humane Society International Canada:

Killing animals is not a game. That's why coyote contest kills are illegal in Ontario. But not only do they go on here with a vengeance, now, instead of protecting wildlife, the provincial government is considering making these contests legal.

Unbelievably, Minister of Natural Resources Linda Jeffrey -- who was "absolutely" opposed to the killing -- now says she'll consider endorsing the contests. The laws regulating these contests will be reviewed by the government following a public comment period that ends April 11.

Please contact Premier McGuinty by April 11 and ask him to keep the contests illegal. . . .

In these contests, winners take home a pile of cash for killing the most or biggest animals. It isn't unusual for several hundred coyotes to be killed in a 3 or 4 day event. Instead of teaching the community that we should treasure wildlife, contest kills send the message that entire species of animals are disposable.

Coyote killers claim they're protecting livestock, but other ways exist to protect livestock from coyotes such as electric fencing, strobe lights, and guard animals -- including dogs and llamas -- who integrate very well into livestock herds. Killing coyotes for cash and kicks isn't one of them. 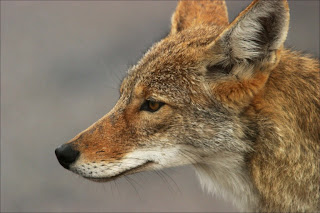