an analog breakthrough: in which we play tabletop games and this makes me very happy

In a few recent posts, I mentioned two details of my life that seemed to be in direct opposition to each other.

One, I want to move further down the path of digital minimalism, spending less time on social media, more time with long-distance friends, and more time with analog pursuits.

And two, I love games of all kinds, especially board or tabletop games* -- but my partner does not. The resurgence of the popularity of board games, and the explosion of new games on the market, has been a source of frustration for me, because of Allan's total lack of interest. 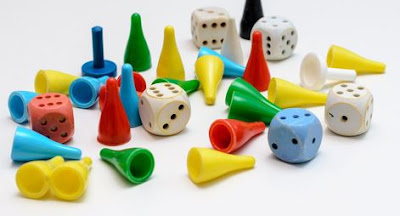 Suddenly, this has changed! Allan has agreed to a games night! Hooray!

At the time of this momentous announcement, the only games we owned were backgammon, Scrabble, and Trivial Pursuit. I did some research to find a selection of games we might like. They needed to be:

- not super difficult to learn,

- not involve free-form storytelling or lookup tables, and

The most-recommended game by far was Ticket to Ride. Pandemic was particularly appealing to me because it's cooperative, rather than competitive. We've played each of those once so far. Both games seemed very complex and were a little daunting at first, but we were able to figure them out and get into the rhythms of play during the course of one game. I'm really looking forward to the Sherlock Holmes game, too. Each edition comes with 10 cases; players search "foggy London town" for clues.

In addition to these analog pursuits, I've also re-instituted Music Night, which we used to do regularly, but fell out of the habit many years ago. Our work schedules give us three nights together each week. My plan is to use one of those for either music or games, alternating every-other week. The plan is also flexible: if we're very engrossed in a series and don't want to skip a night, no harm will be done.

If you have a favourite tabletop game, please feel free to leave it in comments. I probably won't buy any more just yet, but I'm sure I'll want to expand our choices at some point.

* I want to stay away from videogames: I find them unbelievably addictive, and am looking for less screen time, and fewer opportunities for repetitive strain injuries.