gardening and games, but not piano: three things going on with me

It was not a total #gardenfail

You may recall that I tried to plant my little gardenette, as we used to do in southern Ontario, here in northern Vancouver Island. I was not successful.

The area we cleared became well grown over with weeds, and that was fine for now.

Months later, to my surprise, I spotted some red stalks among the green. Beets! One beet plant survived and grew. I harvested one tiny beet.

While I was showing the beet to Allan, he spotted a tomato plant growing amid the ruin. This gives me hope! As baseball fans have said for generations: wait 'til next year!

I began piano lessons in March 2020, right after the covid shutdown went into effect. I practiced diligently and consistently for 16 months. As long as I was learning and making progress, no matter how small (and progress was only small), I enjoyed it.

[Piano posts: why it is interesting and significant that i own a piano, in which i begin re-learning how to play piano, using pianote, reflections on a year of piano lessons by a dedicated (and untalented) student.] 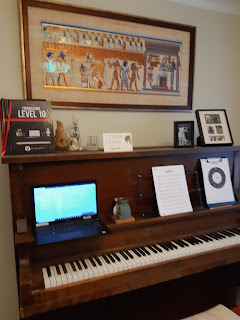 After a year, small, incremental progress became tiny. Minute. Microscopic. Gradually, progress dwindled off, then stopped altogether. I understand about learning plateaus, but this plateau seemed permanent. No matter how much I tried, it seemed I had hit an impenetrable wall.

In June of this year, I started practicing less, and by July, stopped altogether.

First I took a little time off, then weeks stretched into months... and I stopped. This winter, I'm going back to jigsaw puzzles.

I have a lifetime membership to Pianote, so I can return anytime. We'll see.

My games addiction is back, big-time

I love games. For me, games of all types are completely addictive. Once I start playing a game I like, time disappears. I always have to drag myself away.

In my 20s and 30s, I thought that any time I spent playing games was a total waste. I was  freelancing, and maintaining discipline was very important. I used to say I had to be busy at all times to justify my existence, and I was only partly joking. Games were an addiction to be avoided.

After being diagnosed with fibromyalgia (after seven years of misdiagnosis), I gradually came to understand the need for downtime, and built it into my life. I also started recognizing the value of giving myself space for whatever I wanted to do -- without the need to justify it. So here I am.

I'm not a gamer. I don't go anywhere near videogames. Not because I think they're evil or a waste of time, but because it's a door I don't dare open. My brief experiences with videogames led me to believe that if I had a proper game system, I'd never watch a movie or a series again. My series/movie time is relaxing and restorative in a way that videogames wouldn't be. So I don't allow myself to go there. 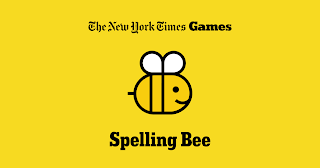 I very rarely get to indulge my love of board games, as my partner has no interest. Considering all the awesome tabletop games out there these days, this is very sad! I would love to have a weekly music-and-game night. But no.
I love jigsaw puzzles, and have been enjoying great puzzle challenges during the winter for the past few years. (When I complete a puzzle, I post pics Facebook, but have spared wmtc that particular nonsense.)
In Ontario, during times that I commuted by public transit, I could never concentrate enough to read, so I would listen to music and play games on my phone, mostly hundreds of different kinds of solitaire. Now I have no commute, but somehow I've become addicted to games on my phone anyway: crosswords, anagram games (NYT Spelling Bee and Wordscapes), and 3D puzzle games.

When I began piano lessons, I dropped puzzles, feeling that I don't have time for both. So now, it's back to puzzles. Jigsaw puzzles might drag me away from my phone games.

Ah, too bad you live so far because I also would love a game night and live with someone who doesn't play games. He actually likes Monopoly, but that's not much fun for for two people. I mostly love word games like Scrabble. And I do crosswords, acrostics, all the Sunday NYT puzzles, Spelling Bee, and so on.

This summer my grandsons got me hooked on jigsaw puzzles. I'd never done them before (or not since I was a kid). Actually they got me started and then abandoned it while I was unable to do anything else if I was in the house. It was a 1000 piece one. I am afraid to get another because I know how addictive (and fun and relaxing) it was.

And I know I've shared how I thought I could start over with the piano, but also ended up giving up.

Game night together would be awesome! Stupid big continent. ;)

When I was growing up, we frequently had a puzzle going on the dining room table. I hadn't done any since then, until one of our JoS friends sent me two in the mail. I find it so relaxing and absorbing -- mentally relaxing, even though it's challenging.

Yep! I recently learned by a fluke that a woman I've been friends with for almost forty years shares a cousin with me---she being related to his father, me to his mother. So you never do know!

(Speaking of JOS, my long dormant baseball passion has been stirred by the idea of a wild card game between the NYY and the Sox. But I think I will still avoid watching the game.)

I watched the final game of the season -- only the 3rd game I've seen this year. I'm excited for the WC game. My nominal NL team is also playing a WC game against their fiercest rivals, so I have an eye on that too.

You know why I am avoiding it, and it has nothing to do with lack of interest in the game.

Of course! I understood. :)