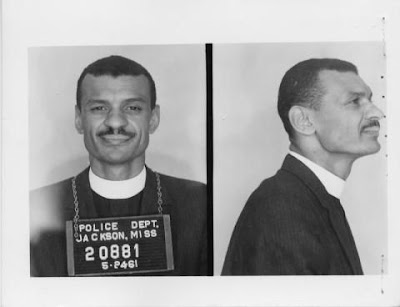 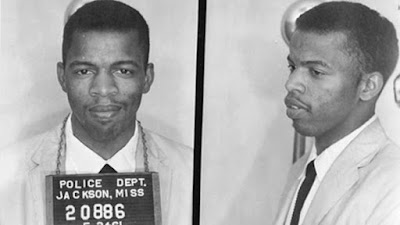 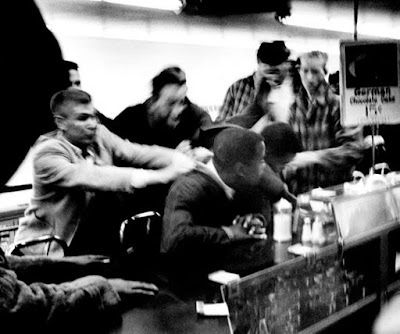 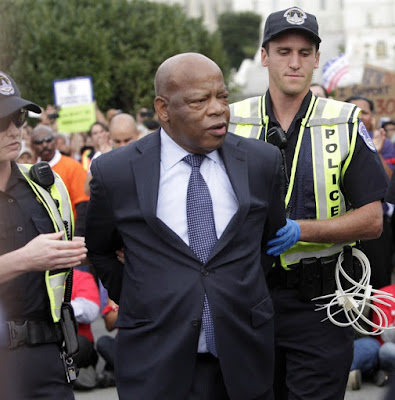 What a sad and moving coincidence, that two great freedom fighters died on the same day.

I chose these photos as a reminder that doing the right thing may involve breaking the law. Canadians, who over-value a superficially peaceful society, frequently need reminding.

As a remembrance of these two men, I cede the floor to Black Lives Matter.

A Requiem In Memoriam Our Great Ancestors

Today, we celebrate two men of moral courage, ethical excellence, and relentless diligence in making Black Lives Matter in the policies and practices of this country and world: The Honorable John Lewis and The Reverend C.T. Vivian. Like many of us, C.T. Vivian and John Lewis participated in a movement -- a protest -- and it changed their lives forever. For C.T. Vivian and John Lewis, a jail cell was as familiar as a police officer's baton. For their human rights work, cops arrested these activist ministers more times than they cared to count and suffered several brutal beatings at the hands of law enforcement.

These courageous human beings, now among our greatest ancestors, disrupted the status quo -- commerce/business-as-usual -- FOR YEARS before anyone took notice. They were attacked, despised, and criticized relentlessly by mainstream society and their own people, but they persisted. Only in their latter years did they receive the honor due to them, including being awarded the Presidential Medal of Freedom. Perseverance, tenacity, and determination (among other things) in this struggle link us to them. None of us are free until all of us are free, so we commit daily to the work of making Black Lives Matter in policy and practice knowing our struggle for justice is a part of the same continuum of human rights struggle led by those before us.

Thank you, John Lewis and C.T. Vivian, for being freedom fighters. Thank you for your service to our community, country, and world. We are winning. 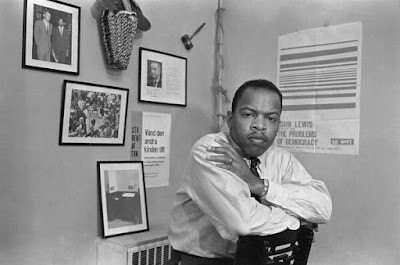 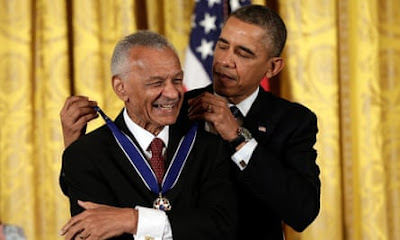 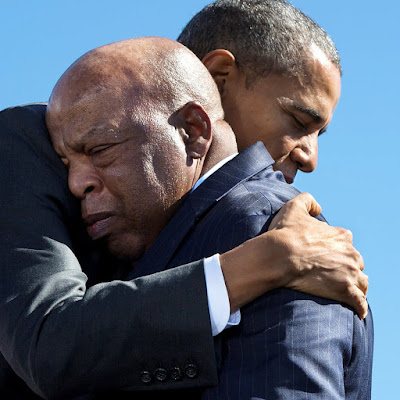 I was given an overview of US history at my Canadian high school. We learned about Martin Luther King, of course. I knew nothing of John Lewis until his appearance on "The Colbert Report" some years ago. Colbert had his right-wing character dialed way down that night, and he just let Lewis tell the story of "Bloody Sunday" on the Edmund Pettus bridge (I can't find a clip of this that isn't geofenced to US-only).

I was transfixed. I went online and learned more about him. When March, the graphic novel retelling of his life, started to come out, I bought each volume on release day. I was deeply impressed by John Lewis' honesty, dignity, and determination. He became a personal hero of mine. In recent years, when racists like the president tried to tear him down, he showed by his actions how much greater he was than any of them.

Oh John, my condolences to you. When a personal hero dies, it is a personal loss.

Long ago, I read and watched a PBS series called Eyes on the Prize, produced by Henry Hampton. It told the story of the US civil rights movement with an intentional focus away from MLK.

I've also read the first two books of Taylor Branch's King trilogy, and about 1/3 of the last book (which I still plan to get back to). These books are massive -- a meticulous history of the civil rights movement told through a biography of King.

Between these two, I became familiar with so many important civil rights leaders whose names are not necessarily known -- Bob Moses, Fannie Lou Hamer, James Farmer, Fred Shuttlesworth are some greats who come to mind. I discovered John Lewis and CT Vivian that way, too.

The story of the Edmund Pettus bridge is fucking amazing.

... and the bridge should now be re-named for John Lewis.

...which I know is controversial, as people within the movement feel a historical significance in the name. So obviously, it's up to them to decide. I personally think it would be great, but my opinion is unimportant. :)