george floyd, christian cooper, and when will this end?

The murder of George Floyd by Minneapolis police officers may be the most shocking disturbing of any I've been aware of for a very long time, possibly since the murder of Amadou Diallo, way back in 1999. Police murders of unarmed, and often completely subdued, African Americans have lost all power to shock, piling up at such a fast rate we can barely track them all. When I saw the hashtag #RememberThemAll, I thought, we can't. No human can.

The original New York Times story said George Floyd "died after being taken into police custody". There is no excuse for that headline. Watch the video of George Floyd being slowly murdered by a police officer, while other officers look on and do nothing, while Floyd and bystanders plead for his life. Now imagine the two roles reversed, white cop on the ground, black man with foot on his neck. Murder?

As of the time of this post, no charges have been brought against the murderers. They hold the universal get-out-of-jail-free card, the blue uniform.

Rioting? No shit there's rioting! It's a wonder there aren't riots in every US city every day.

Only days earlier, Amy Cooper tried to trigger the same result, by falsely claiming that a black man was threatening her life. If Christian Cooper hadn't been videoing her, who knows what would have happened?

I was surprised and impressed at the general reaction to Amy Cooper's actions. Personally, I don't think she should have been fired, because I don't think employers have the right to dictate what workers say or do on their own time, and her actions were not related to her job. But I'm not feeling sorry for her. She lost her job, her dog, her privacy, and perhaps, for a time, her feelings of safety. Her victim could have lost his life.

Amy Cooper's actions place her squarely in an old American tradition, going back to Emmett Till and the countless victims known only by their loved ones who had to cut down their mutilated bodies from trees. Like Emmett Till's murder, the Tulsa Race Massacres were touched off by a false accusation made by a white woman.

I was very impressed with Christian Cooper's reactions after the incident, trying to focus the discussion on systemic racism, rather than on one perpetrator, and asking the public to stop threatening Amy Cooper.

I was also surprised and impressed with this statement from the Audubon Society.

White people are killed by police, too. Police violence is out of control against poor people of all backgrounds. But consider these infographics from the excellent Mapping Police Violence. 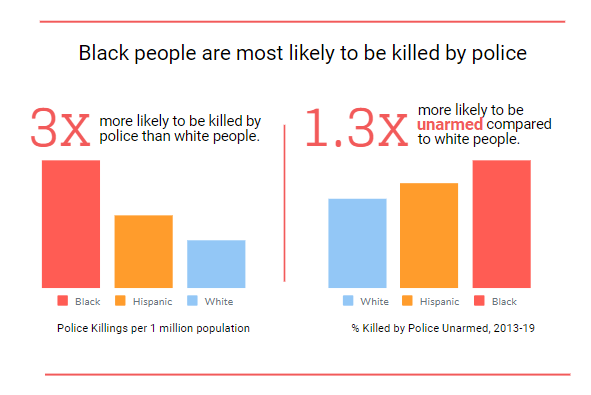 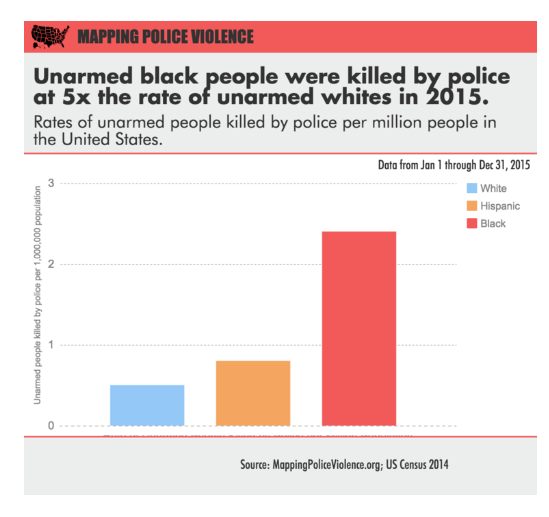 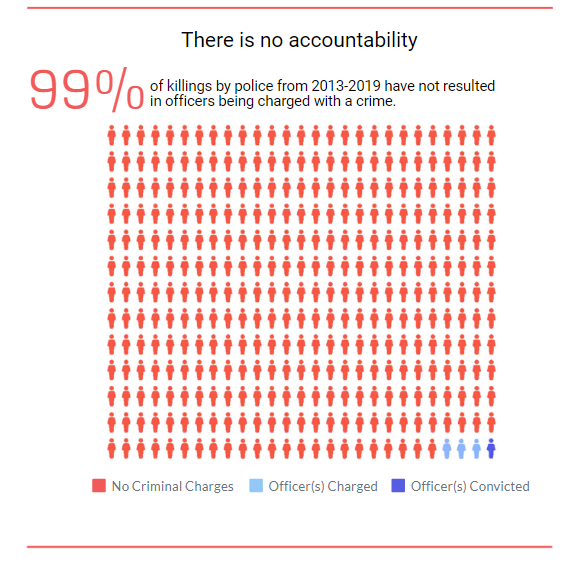 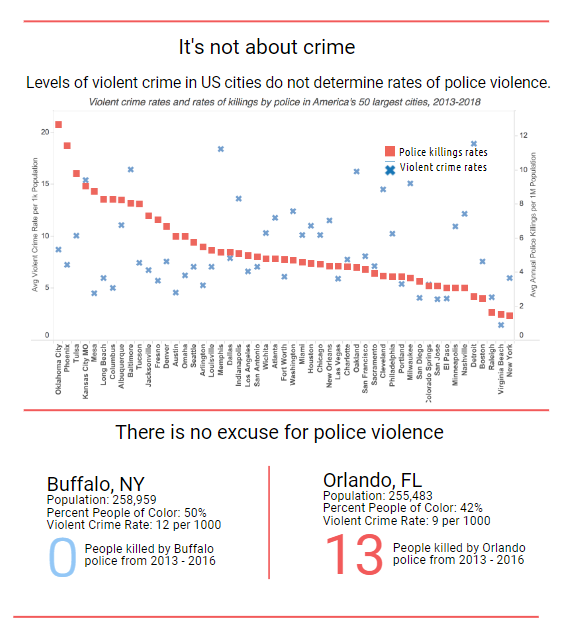 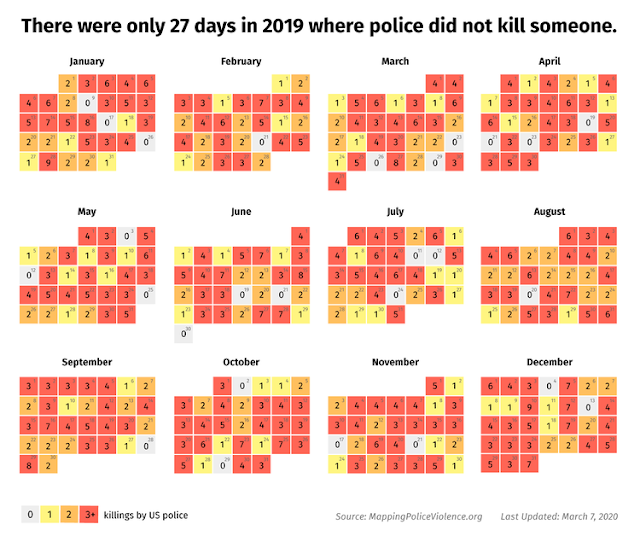 When will this end?

WHEN WILL THIS END?

As with school shootings, there will be outrage and outcries and then something else will distract the (white) masses. Nothing will change, I fear, until white people are in the streets calling for police like those involved here to not only be disciplined or fired but prosecuted for murder.

If you have a chance, check out Rebecca's post (I shared it on my FB page). She's my teacher on so much of this.

I did see it earlier in the day. I read a lot of good and similar things today. I'm glad she's been helping you.

The leap from not being racist to being anti-racist is not small, and not necessarily visible. I've learned a lot about that through my unions.

There are also good parallels with how men act around women.

That calendar is sobering.