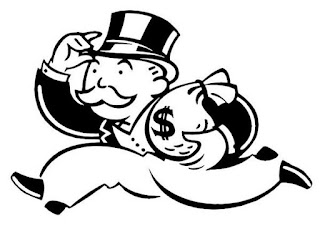 As waves of shelter-in-place orders sweep over the continent, Canada and the US must figure out how to support an entire population thrown into unemployment and in need of food, fuel, shelter, and in the US, health care. A brief dip into recent history provides two very simple answers.

The corporate tax rate is at an all-time low (for modern times), offshore tax havens are rampant, and as if that's not enough, in the US the largest corporations are now receiving tax rebates to the tune of $79 billion.


Nearly 100 Fortune 500 companies effectively paid no federal taxes in 2018, according to a new report.

The study by the Institute on Taxation and Economic Policy, a left-leaning think tank, covers the first year following passage of the Tax Cuts and Jobs Act championed by President Donald Trump, which was signed into law in December 2017.

The report covers 379 companies from the Fortune list that were profitable in 2018 and finds that 91 paid an effective federal tax rate of 0% or less. Those companies come from a wide range of industries and include the likes of Amazon, Starbucks and Chevron.

The new tax law lowered the statutory corporate tax rate to 21%, but the companies in the report paid an average rate of 11.3%. Fifty-seven companies paid effective rates above 21%. The report was first covered by The Washington Post.

The lower average rate means that the federal government brought in about $74 billion less in corporate taxes than if all the companies had paid the statutory rate, according to the report.

Canada is no different.

Yet most profitable corporations don't even pay that much. Through a series of loopholes and mind-numbingly complex financial instruments understood only by corporate lawyers, corporations reduce their tax burden further -- often to zero, or even lower.

The accepted wisdom about corporate taxes -- that lowering them is an economic stimulus and raising them will cause businesses to leave the country -- has been proven false, again and again.

The current health crisis should put an end to any debate.

We need corporations to pay taxes, and we need the super-rich to pay their fair share, in order to keep our populace afloat. With hundreds of thousands, if not millions, of people finding themselves suddenly unemployed, with no way to keep a roof over their heads, buy basic necessities, stay warm, and access health care, the needs of sociey as a whole must take precedence over the private stockpiling of wealth.

Think of this: in 2018, you and I paid more taxes than Amazon, the richest corporation on the planet. In fact, Amazon, which posted 72.4 billion revenue, enjoyed a tax rebate to the tune of $129 million. Tax refunds also went to Delta Airlines, General Motors, Eli Lilly Pharmaceuticals, Occidental Petroleum, and our old wartime buddies, Halliburton, to name just a few. For most Fortune 500 companies, the actual tax rate is -5%. That's negative five percent. So they pay zero taxes, and receive a tidy kickback.

This is not new. In the US, since 1968 corporate taxes have been steadily lowered by every administration, Democrat or Republican. The picture has only gotten worse as powerful corporations have ever-increasing influence on government.

This doesn't even take into account personal wealth. In 2018, US billionaires were given a lower effective tax rate than ordinary working people.

Now is the time for this dangerous trend to be reversed. Giant, wildly profitable corporations must not be allowed to suck resources out of our society and give nothing in return.

The current US military budget is said to be $745 billion. But that doesn't include a whole raft of spending, in which public money is handed over to private-sector corporations such as KBR, Northrop Grumman, Raytheon, Boeing, Unisys, Lockheed Martin, Microsoft. (It's a very long list.)

No need to cut the salaries of officers and soldiers. No need to cut VA benefits or pensions. Just cancel a few slush-fund contracts. Those companies could continue to pay their lower-level employees until their retirement, purely from their profits.

Tragically, cutting the military budget is a fantasy. The US will continue to waste more than 50% of its budget on its bloated military. But is reining in the worst excesses of the current tax system such an impossibility?

As much as Canadians love to blame everything on Trump, this has nothing to do with who lives in the White House -- or on Sussex Drive. Tory or Liberal, Democrat or Republican, the trend has not changed.

We need corporations [and] the super-rich to pay their fair share ...

We need another way of phrasing this, to make it more reasonable to more people. I don't what that would be, though. Corporations should "pay the same percentage of tax as your family pays"? Or have some sort of graph showing families of various incomes and corporations and their tax %?

"Does this seem fair to you?"

But these corporations didn't have so much influence on governments, far more than mere voters.