2. In India, a planned lockdown of more than a billion people is expected to leave millions dead of starvation. As people become desperate, there will inevitably be rioting, police shootings, and all forms of rampant violence. In this case the response seems far worse than the pandemic itself.

3. Many people seem to have forgotten that the majority of COVID-19 case are not fatal. I'm not minimizing the potential, but numbers of confirmed cases does not equal the same number of deaths. 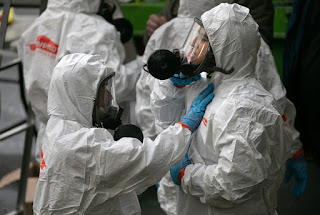 4. Our experience of the pandemic often depends on our employment situation. For me right now, it's a vacation. Health care workers have so much added risk and all the stress that comes with it. Supermarket workers and delivery people are suddenly on the front lines, in jobs that were never meant to carry such risks.

5. What portion of the government stimulus packages will directly benefit people in need and how much will be corporate bailouts? This is the full extent of a corrupt corporatocracy in action, on both sides of the aisle.

6. I'm concerned about people who can't navigate the information onslaught to figure out how to apply for help. Many of them would normally seek help at the public library -- but the libraries are closed.

7. Many customers at my library can't afford internet or cable TV. They rely on the library as their only source of internet and on borrowing DVDs for entertainment. I think of them often. How are they passing the time?

8. In Canada, the largest retail employers have been giving their workers a $2/hour pay bump -- thanks to the UFCW, with others following their lead. I hope the agreements have made these raises permanent. I can easily imagine cheapskate companies like Loblaws clawing back the increase when the all-clear signal sounds. 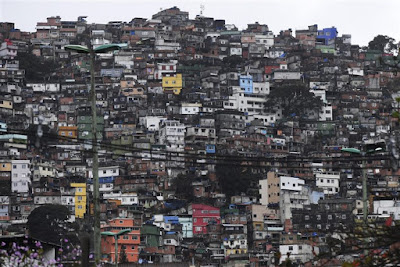 9. What happens to all the people whose health is compromised by poverty and who cannot isolate: people who live in refugee camps, homeless shelters, and the vast shantytowns in Brazil, Pakistan, Nigeria, and elsewhere? I'm sure many in the ruling class hope the pandemic helps these problems disappear, and the rest of us can do little more than shake our heads.

10. I'm afraid that testing and medication is being triaged backwards, to exclude people with disabilities, especially those who require more care. The most needy cases are supposed to be helped first. Triage is not supposed to be a judgement of your worth to society as a worker.

11. Bonus track: remember "we like lists"? Those posts drew dozens, sometimes hundreds, of comments. All currently gone. But I haven't given up. A human at Blogger/Google has taken up my case. I'm refusing to think that this will be permanent.
Posted by laura k at 3/26/2020 06:47:00 AM

The biggest concern with #3 is that the lethality of Covid-19 is directly related to the care that can be provided -- and the respirator shortage is a big variable in that.

The more respirators are available, the more people will survive. But some countries just don't have enough -- Italy has been asking people with a low survivability to essentially give up and pass their respirators on to people who are more likely to make it. Which would save more people -- but is devastating to everyone involved, including the doctors forced into the position of asking this of people.

Of course, the Republicans have made their position clear: let the old people die, the stock market is the priority.

Absolutely. That's the politics of health care. But this is not smallpox or the bubonic plague. Many people will get it, be sick for a while, then recover.

My local library branch has left their wifi on. (Normally it's switched off when the library closes.)

I don't know whether this is policy or inadvertent or some rogue library employee, but I think it's an excellent decision! At least people who have a device and can get near the building (my device connected from across the street) can get internet access, which is far from sufficient but better than nothing.

Definitely intentional policy. Most Canadian libraries are doing this. Thank you for reminding me. I meant to check if ours has done this, too.

Many of our customers don't have devices, of course. But some do, and I have a feeling if there is free wifi at the library, they may pass around and share devices.

Funny coincidence: Right after posting that comment, I received email from my employer announcing that wifi will stay on 24/7 at all branches. I'm so happy about this.

I'm glad the wifi is intentional! I wasn't sure (never saw any official statement from TPL), so I wasn't too vocal about telling everyone it's there lest some library official respond with "Oops, we'd better turn it off!"

The one about people fleeing to their second homes is weirder the more I think about it.

So there are people whose primary homes are not adequate to their "spending a lot of time at home" needs, so much so that they would consider the risk and upheaval of relocating away from the resources and infrastructure of an urban centre in a time of crisis. AND, at the same time, they have second homes that somehow meet their "spending a lot of time a home" needs better despite being located away from an urban centre.

But they don't just...live at the "second" home full-time in the first place?

And there are enough people with this weird convergence of circumstances that it's a trend that someone wrote an article about??

It's not so much that their primary homes aren't adequate to their needs. It's escaping crowds for more open space.

New York City is full of these people.

The City is brutal in the summer. Everyone who can afford to leave, does -- going either to rentals for part of the summer, or weekend rentals, or their second homes. Not unlike the cottages that GTA people escape to -- just (like most things NYC) MORE.

Many people go to the 2nd home for weekends from June to September, plus live there in August. Sometimes one parent spends the summer there with kids, the other comes out on weekends.

They would never live in these homes full time, as they want the social and cultural advantages of NYC -- especially restaurants. Many well-off New Yorkers only cook in the summer homes! Plus their work is based in NYC. Their summer homes are not in commuting distance. And commuting... that is not a thing wealthy NYers do.

Imp Strump, I'm not sure if I accidentally deleted a comment of yours, or if you deleted it. If I deleted it, I still have the moderation email, so I could copy/paste it into comments. But I don't want to do that if you deleted the comment yourself. Please let me know?

Emily Alford, Jezebel, March 6, 2020: "Rich People Have Always Been Assholes During Plagues":
During the plague, the first round of which lasted from 1347-1351 and wiped out somewhere between 30 to 50 percent of Europe's population, those who could afford it adopted a plague-time slogan of sorts: "cito, longe, tarde," which translates to, "flee soon, go far, come back late." As servants were left behind to clean the houses of the absent aristocracy, risking infection and dying at rates even higher than that of the general population, the wealthy made their wills, specifying guardians for children and dowries, and got the hell out of town. ... Almshouses were quite often attended only by clergy, who blessed the dying, while physicians fled with the wealthy. ...
During plague outbreaks, cities hired armed guards to stand outside houses, ensuring whole families, whether they were sick or not, remained trapped inside to die. ... Physicians advised that the best way to avoid infection was to leave the sick for dead and flee, as they often did themselves. ...
While the wealthy traveling in the age of coronavirus have not yet bought guards to make sure no poor people can cough near them, they are in the midst of leaving the sick behind to travel in sterile comfort to places where infection has not yet spread. The Guardian reports that executives have charted "evacuation flights" from China and Southeast Asia. ...
To the rich, perhaps it does make complete sense that the first concern in the face of coronavirus fears would be that their vacation or scheduled jousting tournament proceed uninterrupted by other people's deaths. And if history is any indication, it probably won't be too long before they begin hiring others to remain behind and risk exposure while protecting their stuff. In the plague years of 1593 and 1603, parish records from London show that the majority of adults who died of bubonic plague were servants. In Ben Jonson's 1610 play The Alchemist, a wealthy gentleman leaving his London home behind to wait out the plague in the country instructs the servant left behind to mind the house to "breathe less and farther off."
***

Then these Europeans are following a long tradition.