When people are denied independence and told that they cannot govern themselves, it only makes them more determined to achieve their independence.

This simple principle repeats itself in matters large and small, throughout all history and all cultures.

The struggles of 430 library workers in the sprawling suburban city of Mississauga, Ontario are not exactly global news. But in the microcosm, we rocked the world. Our members voted overwhelmingly - 98.6% - to separate from the larger, merged local and become our own CUPE local.

As I mentioned a while back, the composite local was pulling out all the stops to try to prevent us from separating. Dues from our unit represent about 15% of their revenue. Without us, some serious lifestyle changes will be needed. They weren't going to let us go without a fight.

When we first planned our separation informational meetings and the vote, we envisioned an all-day "walk-in" vote, where members could show up at their convenience, show identification and be checked in, drop their ballot, and leave. This is how the Toronto Public Library Workers Union held their separation vote, over two days and in four different locations.
TPL workers were forced to hold some voting in non-library locations, but we didn't get the walk-in vote at all. We were told that all voting must take place at an official meeting, where there is quorum, minutes are taken, the motion is read and seconded, and so forth - the trappings that constitute a formal meeting.
At first, I was told that all voting must take place at only one meeting. Our members work in more than 20 different locations, in a variety of shifts and hours. If all voting was held at one meeting, we would have 30 or 40 people making a crucial decision for 430 members. Not only would this be completely undemocratic, denying access to the vote for hundreds of members, the vote itself would appear less legitimate. We would be open to charges of initiating a coup, and the National Executive Board might not accept the vote and issue us a new charter. Which was exactly the point. 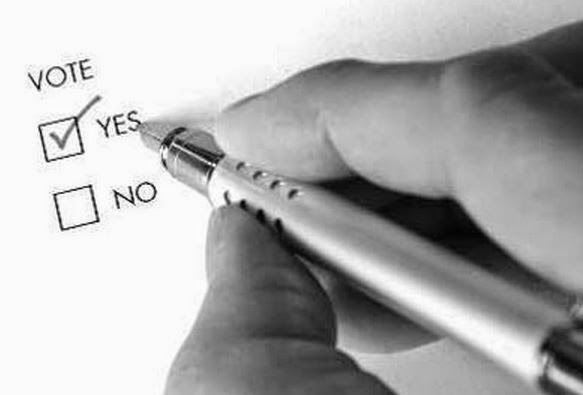 As an alternative, I lobbied for a series of vote meetings - short meetings held throughout the day and evening, at which quorum would be achieved, the motion read, and so forth. At these meetings, members would cast ballots in one ballot box, to be counted after the final meeting of the day.
These meetings would be timed to afford every member an opportunity to vote. No matter what shift and in what location a member worked, there was at least one meeting time she or he could attend.
Explaining this to national representatives and waiting for their decisions was a bit nerve-wracking! But it worked.
Next I explained to our membership that we were denied the walk-in vote, and how voting would work instead. This turned out to be a crucial turning point. Our members were furious that obstacles were being raised in what should be an open and democratic process. Members who had been undecided shifted strongly in favour of separation. Members who had previously supported separation now become vocal, making their support public. 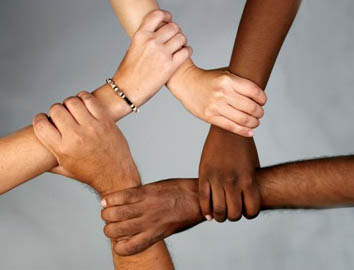 I asked a few members who have great respect and credibility for statements that I could publicize. I invited members to attend multiple meetings, to ensure quorum, so that if a member chose an unpopular meeting time, she would not be denied the opportunity to vote. Many members volunteered for this, and it became another channel through which people could demonstrate their support for separation and their solidarity with their union.
Through email and Facebook, and in our own workplaces, we campaigned.
The result was the biggest turnout we've ever seen outside of a contract ratification vote.
In a series of seven meetings, 98.6% of voting members voted to separate from the merged local and form our own independent local.
It was an exhilarating - if exhausting! - outcome. But the true outcome was larger than separation: it was the process that engaged so many more members. It raised the profile of the union in members' lives. It brought us together. It built solidarity.
This year we will be bargaining for a new contract, at a time when library workers, like workers everywhere, are facing very difficult conditions. Full-time jobs are disappearing. Professional jobs are being de-skilled. Part-time workers face increasingly precarious conditions. Services are suffering, as budgets are balanced on the backs of people who can least afford the burden.
If ever a time was needed for solidarity, this is it. The larger local tried to scare our members into believing that being overseen by a larger, outside body would be safer and more secure. But we understood that no one can ever represent us better than we can represent ourselves.
Posted by laura k at 2/28/2015 07:00:00 AM