what i'm reading: lost memory of skin by russell banks 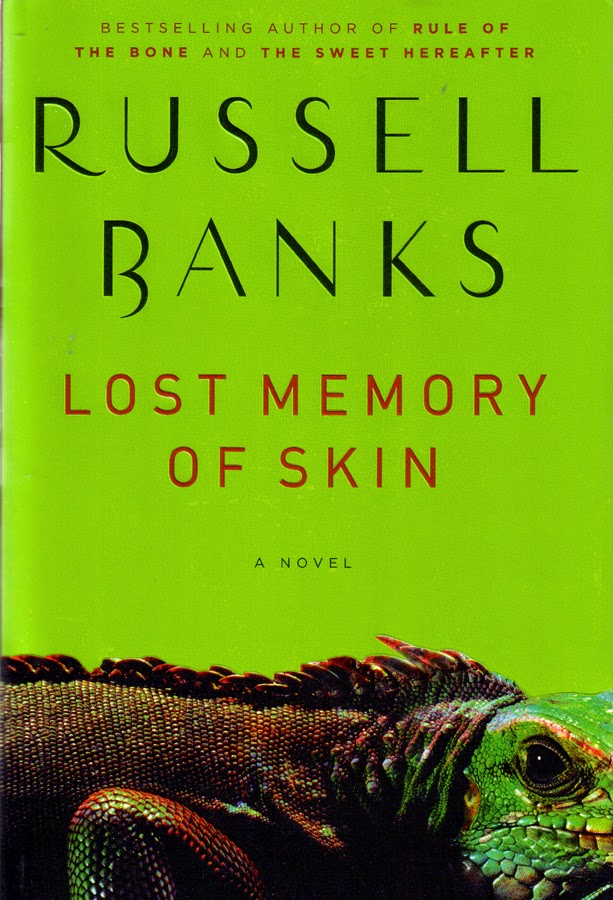 A group of men are living in an encampment under a highway. It is, in fact, the only place they can live.

Each of them has been convicted of some crime involving sex. The state, in a moral panic over child pornography, has decreed that after serving time in prison, a former sex offender cannot live within 2,500 feet of any place where children may be present: schools, public parks, bus stops - and homeless shelters. The men wear homing devices on their ankles to enforce compliance, and they are not allowed to leave the county. One problem: there is no residence in the county that is more than 2,500 feet from any forbidden zone.

It's easy enough to dismiss this concern: who cares about these people, they are scum, they are worthless. But the fact remains, they exist. They must live somewhere. And there is literally no place they can live. And so, these social pariahs have formed a ragged little encampment under a highway, where they live in scavenged shanties.  (This situation is real; it has been challenged by the ACLU.)

This is the untenable paradox, the premise of Lost Memory of Skin. The Kid, the main character whose real name we never learn, lives in this shanty town. Until politicians vowing to "clean up" the homeless send cops to break bones and smash what passes for shelter.

Into the Kid's life comes the Professor: a genius, a socially successful person, but also a person with a dark past, with secrets, and with his own deficiencies and his own addiction. The Professor has some theories about sex offenders, and he wants to study the Kid to prove them. He also wants to use the Kid for his own purposes - not sexual, but shadowy and illegal nonetheless.

His relationship with the Professor changes the Kid, and those changes begin to sort out of some of his emotional and mental confusion... but the plot thickens. Is the professor who he says he is? Towards the end of the book, another character enters the mix: the Writer. The Writer appears to be a stand-in for Banks himself, who asserts some philosophical guideposts and offers some clues as to how to read the book (and functions as a plot device). In lesser hands, this would have been awkward, even ridiculous, but Banks pulls it off.

When I write about books, I often skim reviews from sources I respect to get a feel for what critics thought. Most critics felt this book was worthwhile, even important, but their interpretation differed widely from mine. For example, it is widely assumed that the Professor's theories about child sex offenders are Russell Banks' own views. I find plenty of evidence in the book that they are not; in fact, the Professor's theories are disproven, or at least questioned, as soon as they are espoused.

One theme running through Lost Memory of Skin concerns how we construct our sense of our selves - how and to what extent we shape our own reality. The Professor has a dark past, and has re-invented himself many times over. The Kid must form his self almost from scratch, as a young adult, with very little to guide him. The Writer has his own theories, but it's unclear whether the Writer offers guidance or more confusion. I saw this theme as central to the novel, yet not one reviewer (of the ones I read) even mentioned it.

Lost Memory of Skin is an absorbing novel, sometimes suspenseful, sometimes achingly sad, sometimes a bit strange. Parts feel bumpy and require a certain faith from the reader, but Russell Banks has earned that faith from me. Like all Banks' novels, this one is beautifully written, thought-provoking, and well worth your time.
Posted by laura k at 12/14/2014 05:30:00 AM