Two years ago, fast-food workers in New York City held a one-day strike. In that historic action, the result of months and even years of organizing, about 200 workers walked out of McDonald's, Wendy's, KFC, and other restaurants, to form the largest work stoppage in the history of fast-food. In the process, they launched a movement.
In the two years since then, the movement has burgeoned, and now includes thousands of workers all over the United States. Workers are rising against shockingly low pay in an industry that rakes in billions. The CEOs of the various fast-food companies "earn" about $25,000 a day. In New York City, one of the world's most expensive places to live, front-line workers in the same industry earn $7.25 an hour before taxes. 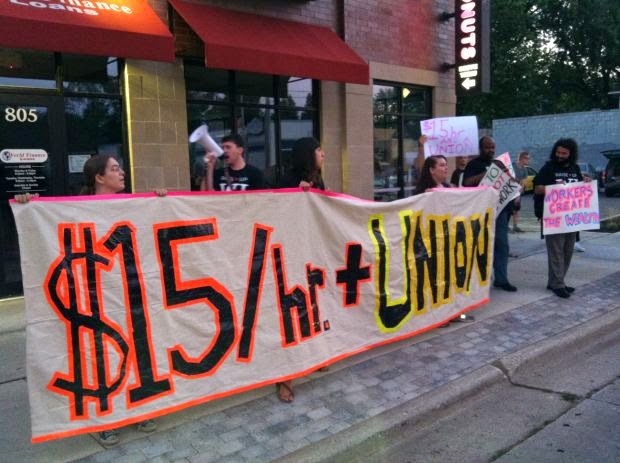 The fast-food industry is a prime culprit in the huge and ever-growing income inequality that plagues North America, undermining what's left of democracy.
Fast-food workers want more than better pay: they want a bit of control over their own working conditions. That is, they want the right to unionize without fear of retaliation or intimidation. It's not just the fight for 15. It's the fight for fifteen and a union.
Workers in the Walmart and fast-food struggles are standing in solidarity with the people of Ferguson and New York City who are protesting police abuse, recognizing, as King famously said, that "injustice anywhere is a threat to justice everywhere."
You can support today's fast-food strike in many ways: sign a statement, tweet your support with the hashtag #StrikeFastFood, or best of all, visit a picket - offer support, listen, learn, and lend a hand. 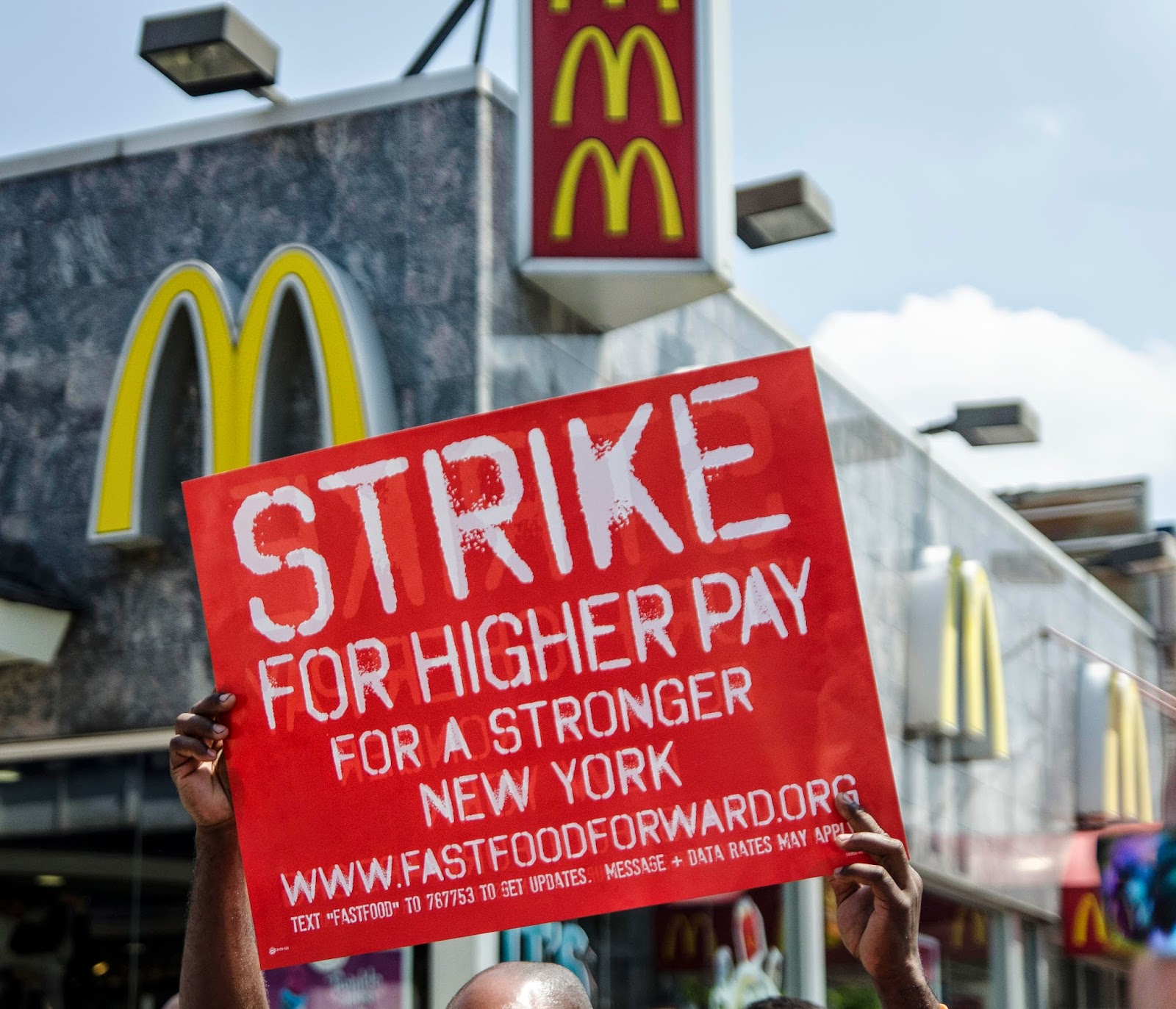