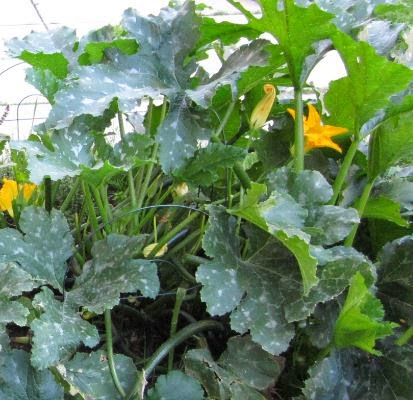 There's no shortage of recipes online offering ideas and advice on how to use your surplus zucchini, including several suggestions of leaving some on a neighbour's porch. So although there's no need, I'm going to add mine to the pile. My recipes are all adapted from what I've found online, usually a combination of ideas I find in two or three places, tweaked to our own tastes and cooking style.
Zucchini Fritters
1 huge zucchini, grated or shredded in food processor
Some salt
1/3 cup seasoned bread crumbs
1/2 cup shredded mozzarella cheese
2 or more cloves of garlic, minced
1 egg, beaten
A little ground black pepper (if you've used seasoned bread crumbs, try not adding more salt)
Olive oil

Place shredded zucchini in a colander in the sink and salt lightly. Zucchini has a lot of moisture and this helps get some of it out. (Some people leave salted zucchini for hours or even overnight to leech out the moisture. So far I've found this is both unnecessary and too salty.)
While the zucchini is sitting with the salt, combine all other ingredients except olive oil in a large bowl.
Rince the zucchini, drain it well, and pat it dry with a cheesecloth or paper towels. Add the zucchini to the bowl with the other ingredients and combine well.
Heat the olive oil in a nonstick skillet on a medium-high heat. When the pan is hot, scoop spoonfuls of the mixture into the skillet. Flatten each scoop with a spatula.
Cook 2-3 minutes until the underside looks golden brown, then flip them over and cook 2-3 minutes on the other side. We like these kinds of things very well done, so I continued cooking them until they had a crisp brown exterior.

Serve and eat them right away, while they're sizzling hot. Most people probably would serve these with sour cream or yogurt. I prefer mine with no sauce or condiments, as I do most food. Super yummy.
One huge zucchini yielded about 15 small fritters.
Posted by laura k at 7/25/2014 07:00:00 PM