a baby polar bear, three white lions, and my first visit to the toronto zoo 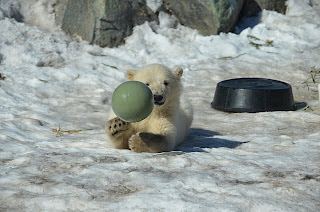 After living in the Toronto area for more than eight years, I still had never visited the Toronto Zoo, opting for several trips to Jungle Cat World and the Haliburton Wolf Centre instead (links here and here). But when one of the polar bears in the Toronto Zoo gave birth in November, there was finally enough incentive to plan a trip.

Labels: animals (other than dogs), toronto and mississauga