One year after the passing of NDP Leader Jack Layton, the War Resisters Support Campaign joins with Canadians across the country to mourn our collective loss and to remember his great contribution to building a more just world. Jack has left a tremendous legacy and his support for social justice, equality and peace live on in so many different ways.

In this video, Jack and Olivia Chow joined US Iraq War resisters on June 3, 2008 to celebrate the Canadian Parliament's adoption of a motion that would – if it had been enacted by the Conservative government – have allowed war resisters to stay in Canada.

It was a day filled with joy and hope for all of us who believe that soldiers have a right to conscience and a right to refuse to participate in illegal and immoral wars.

In light of the many dimensions of this war which are contrary to the fundamental precepts of international law that we would want all countries to be adhering to, we felt that it was important to support those courageous individuals that stepped forward like the generation before them did…to come and help us build our country and find friends here with a different vision of the world’s future.
Jack Layton 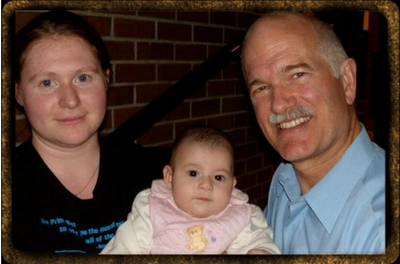