and let others do for you: interdependence, and the strength to be vulnerable

"I find it really difficult to ask for help."

I've heard many people say this. I don't know if I ever said this myself, but as a teen and then young adult, I definitely tried never to ask for help, and seldom would allow myself to accept any. When I needed help of any kind -- physical, financial, emotional -- I would feel uncomfortable and deeply indebted, for relatively small actions.

In New York City, where, like millions of New Yorkers, I didn't own a car, if someone gave me a ride home, I would thank them profusely. Years later, living in Mississauga, I offered people rides home all the time, and realized it was not that big a deal. The same goes for being asked to stay for dinner, or being offered a cup of tea or a glass of wine in someone's home. A simple act of friendship or kindness, especially from someone I didn't know very well, seemed like Such A Big Deal.

This is certainly one area where our world makes it more difficult for men. Asking for help is weak, and weakness is for pussies, and men must constantly prove that they are not pussies -- that they are not female. After all, isn't that what all the jokes about men not asking for directions are about?

But people of all genders have issues with this. We want to appear strong and independent. We want to think we are self-sufficient.

Perhaps the biggest and most self-destructive example of this is the shame people feel about accepting social assistance, including using a community food bank. The idea of being needy, of being a recipient of help rather than a donor, is so deeply shaming for so many people, including those who support the idea of social welfare.

By my observations, most people want to help others. Finding a wonderful gift for someone you care about, and seeing their face light up with appreciation, or being able to make someone's day easier with a simple errand or help carrying something -- even sharing an umbrella with someone who's getting soaked on a sidewalk -- these things make us happy. It's why we volunteer. Why we advocate for others. It's why we love stories about people buying coffee for strangers, why we rush to donate to disaster relief. We want to help.

How many of us realize that on the flipside of that desire to give, there is an obligation to accept? To allow others to express that human impulse. To give in return that gift of your face lighting up, or the knowledge that you made their day easier.

I actually think that thought in someone else's words -- Bob Dylan's, from the song "Forever Young": May you always do for others and let others do for you.

"And let others do for you." I've thought a lot about those lyrics. I've wondered, why would Dylan include that in his benediction? (Let's assume in this case it wasn't solely because they fit the meter or completed a rhyme!)

I think Dylan understood that we are mutually dependent on each other -- and that we should be, that it's a preferred state of being. That by knowing how to both give and receive, we are more fully human. 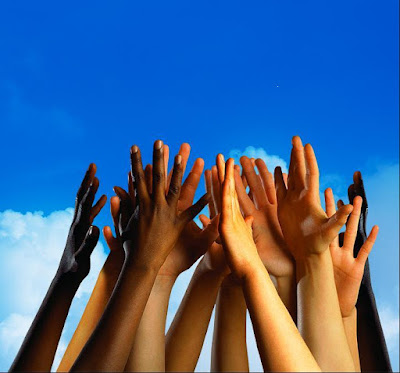 I first started thinking about this when I was writing about disability issues. I regularly interviewed people who used wheelchairs, and occasionally other adaptive aids. Most were very independent and valued that independence highly. But here are some comments that stayed with me.

Early on in my foray into this field, a man who was blind and also used a wheelchair said to me, "We place a high premium on independence in our society. I don't find that healthy -- for anyone." (He was a pretty independent guy, too.)

Two, I did a story on recreation options for quadriplegics. A lot of the folks I spoke with had become quads from accidents while ski racing, rock-climbing, motorcycle racing, and other outdoor-adventure activities. Now they were the same thrill-seeking adrenaline junkies, but paralyzed. One of my interviews was with a super-active guy who was a quad, and who continued to scuba, skydive, and whatever else. He said, "People are so funny about this. I say, I scuba dive, and they ask, Do you need any adaptive equipment for that? And I'm like, I'm human, and I'm under water, so, yeah."

Three, on several occasions I interviewed a woman named Brooke Ellison. Ellison is an incredibly smart woman, very engaged with the world, and also a deeply compassionate person. She's a high-level quad, meaning she has very little body functioning, and without modern medical technology, she would not have survived her accident. She graduated with high honours from Harvard University by attending with her mother.

Brooke talked about interdependence. She said that because she was physically dependent on people for all her basic needs, she felt very strongly about giving back. She echoed the visually impaired man I mentioned above, by saying that the whole concept of independence was overrated or maybe misplaced -- that society's premium on independence is somewhat of a facade, because we are all interdependent on each other. 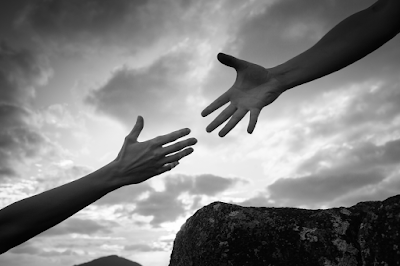 These comments lodged in my mind. Adaptive equipment? I wear glasses. Custom orthotics. Prescription meds. When you think about it, a warm winter coat and gloves are adapative equipment for us humans. Seen that way, how many of us live without any adaptations?

Who among us is not interdependent? I depend on my partner for little things, like opening jars and reaching high cabinets, and really big things... like love, acceptance, and emotional support. I depend on my family and my friends, and I hope they depend on me.

I'm going to throw in one more story, or at least the punchline of a story. This happened in the early 90s. I had a bad experience at work, and was dressed-down by a boss at a very vulnerable time -- and I burst into tears. (Still the only time I've cried in front of a boss or supervisor.) As soon as I did, this man's attitude immediately changed. The whole power dynamic of the room changed. We ended up talking more as equals, and the meeting ended on better terms. But I was so embarrassed, and angry at myself. I felt humiliated that I had showed such weakness, that he was able to bring me so low, and I let him see that.

After the fact, I debriefed with co-worker. She surprised me with a completely different take on the incident: "He was coming at you from an inhumane place. You had a human response, and he in turn responded in a human way. You gave him a gift. You helped him recover his compassion."

This made a huge impression on me. (That woman, who I worked with only briefly, then never saw again, had a great impact on me. Who knows who we've helped with a kind word at the right time, in a way we might not even be aware of.)

Which brings us back to Dylan's wish for us: May you always do for others and let others do for you.

These experiences, taken together as something more than the sum of the parts, have caused a change in my attitude towards asking for help. I help people, sometimes deliberately, sometimes perhaps unknowingly. And people help me in much the same way -- and that's the way it should be. They're not necessarily the same people -- and it doesn't matter, because we're all interdependent. 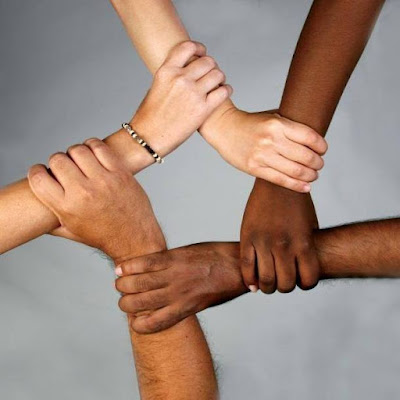 This essay has been sitting in drafts for many weeks, and during that time, I had an unusual experience. So if you're still reading, please indulge me in one more story.

Not long ago, totally unexpectedly and in a room full of people, I heard something that triggered my PTSD. This is so unusual for me that I think it might be a first: my PTSD happens in private, in the middle of the night.

Rather than derail this post, I'll save the details of the experience for another post. For now, suffice to say that a stranger showed me great kindness and compassion, and I was able to accept it -- and it felt like a triumph. So much so that I was able to name my fear out loud to others, which was very difficult to do. And as often with the difficult bits, it felt really powerful. I was able to tell other people -- in person, not in writing -- that I had a PTSD episode, and thank them for their help.

And I didn't feel guilty or ashamed or like I had burdened anyone or like I was weak or... anything. And although I was very grateful for the kindness and strength of this woman, I didn't feel embarrassed or indebted.

Then a funny thing happened: people praised my strength. Someone said "You had the strength to be vulnerable."

I'm not a superhero. I've run from feelings, I've lashed out, I've tried to obliterate them, I've done plenty of teeth-gritting. Every human has done this. But a few times, when it felt safe, I've exposed my feelings -- and this was very good.

When I was a child, I was fortunate to visit many wonderful National Parks with my parents. If there was a tour or talk being given by a park ranger, we always went. My father always asked questions. I remember being embarrassed by this: I thought it made him appear ignorant. But my father explained that asking questions is a sign of intelligence -- that when you ask questions, you're thinking, you're making connections, you're being smart. I soon observed that this was true, and I never again felt embarrassed to ask a question.

This is a similar dynamic, a seeming paradox. We associate vulnerability with weakness, but really, to allow oneself to be vulnerable, to be emotionally honest, requires inner strength.

There were dozens of thoughtful comments on this post. ... :(