As we enter the last week of my mother's extended visit, we took one last day trip, out to Grant Bay, on the west coast.

We've been to San Josef Bay (Sanjo) several times, and I'm sure we'll go again, but we were very curious about Grant Bay. We heard it was a smaller version of Sanjo. This turned out to be true.

We also heard that the beach was a five-minute walk from where you park. This turned out to be false. It's quite a bit longer, but not so long as to be prohibitive.

So first there's the long, slow, bumpy drive on the logging roads -- about 2.5 hours, a bit closer than Sanjo. Then there's a short hike through a lovely bit of rainforest. Not knowing what we'd find, we had to go back for our stuff. I suggested taking turns staying with Mom and the pups on the beach, but Allan somehow did it all in one trip. Ouch.

The San Josef Bay park has a parking lot, picnic tables, and a port-a-potty, which makes it ideal for day use. Driving from Highway 19, by the time you get there, you're ready to eat your picnic lunch, then you don't have to carry anything on the 45-minute hike to the beach.

Grant Bay, on the other hand, has no amenities, so you're carrying whatever you want to the beach -- camp chairs, food, and so on. Next time we'll be a bit more prepared, and put our chairs in their carry-bags. We'll also pack a tarp, to create some shade in one of the campsites on the beach.

The beach is magnificent -- pure white sand, sheltered from winds by green mountains. There were some people scattered about in campsites, and many dogs. And no little fish! Both dogs did great. They ran and played their hearts out, and came back in our general direction (and sometimes right to us) when we called.

They had never seen waves before! Cookie got used to them, but Kai kept her distance. The only difficult thing was the total lack of shade for the dogs. Kai, with her dark fur, was overheated. The towels were in the car, or I would have soaked one for Kai to lay on, which would cool her down. She found a strip of shade beside a log of driftwood, which was better than nothing, but next time we'll do better.

It's a gorgeous beach, a beautiful spot. With a bit more planning, future trips there can be amazing.

On the turnoff to Grant Bay, we had noticed a sign announcing food in Winter Harbour. The tiny community of Winter Harbour was only 4 kms from the sign, so on our way home, we decided to check it out. We were so glad we did!

Be More Pacific is a terrific food shack run by a lovely local woman. She makes burgers, sausages, fish and chips, poutine, and such, served with a breathtaking view of the harbour and surrounded by plantings and flowers.

The food was fresh and delicious. Allan and I had smokeys (very large hot dogs) while my mother got an ice cream fix, a huge bowl for only $2. Allan couldn't resist a float -- a can of root beer and a cup full of ice cream for $5. I had the world's greatest homemade crispy rice square, one of my secret loves.

The food is very tasty, and the setting couldn't be nicer. The host even has an outdoor washroom: it looks like an outhouse, but is actually a complete and clean washroom. When you're driving out to Grant Bay, that is a great find!

This was exactly the kind of place we love to find. Be More Pacific has been in business for three years, and from what we hear, this was a great season. We'll definitely be back next summer!

Here are some scenes from the day. 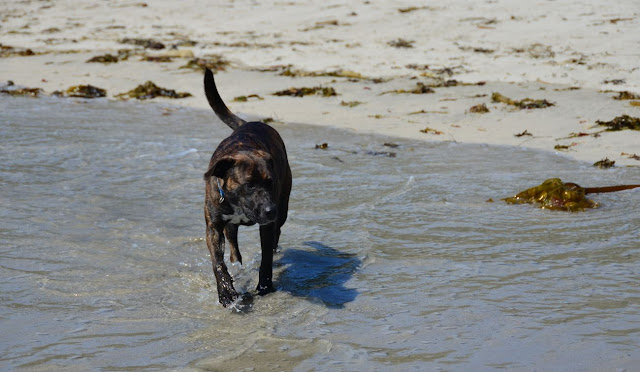 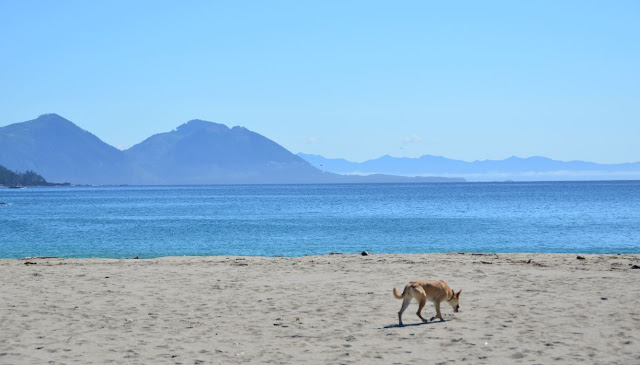 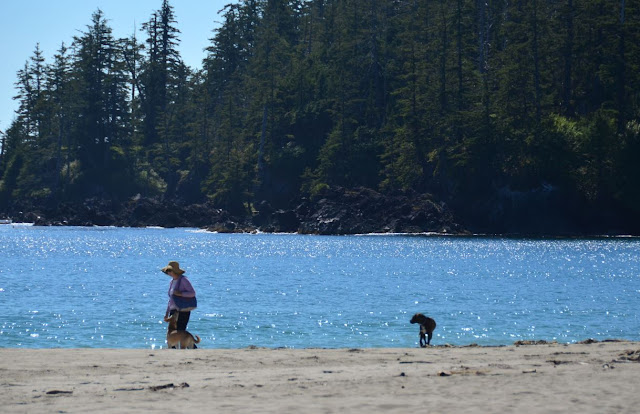 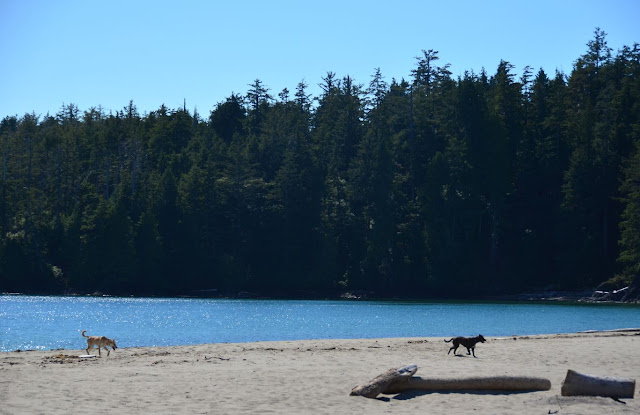 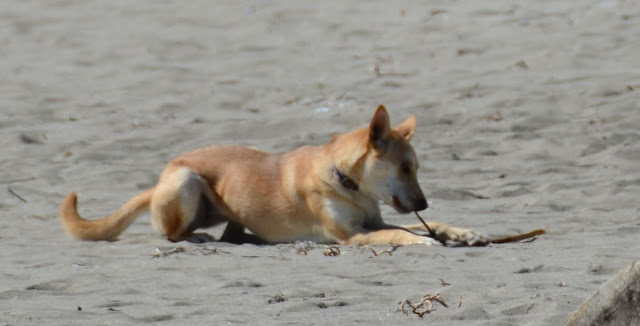 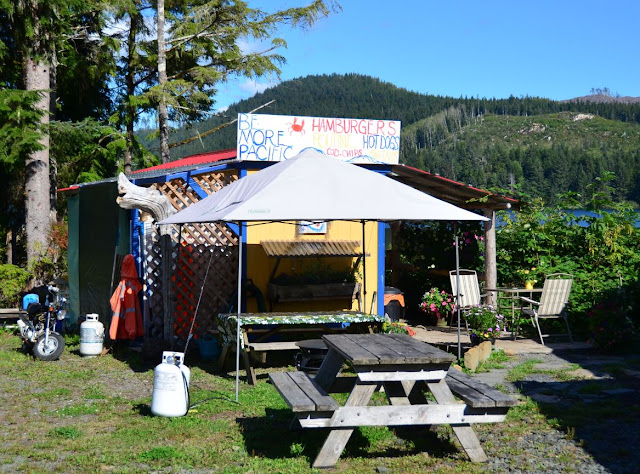