the worst part of trump is not trump

The freak show that is the Donald Trump presidency gives us so many things to lament, and mourn, and goggle at. But for one organization, it is a singular gift, valuable beyond all measure: that is the Democratic National Committee.

For me, the worst part of the Trump presidency is not Trump. It is the enormous setback to -- maybe the death of, in my lifetime -- building a progressive alternative in the United States.

Four decades of deindustrialization, job loss, corporate welfare, and ever-widening income inequality has brought progressive economic ideas to the forefront in the US, and has rejuvenated the appetite for making them a reality. The evidence is plentiful, from the fight for a $15/hour minimum wage to the jubilant crowds that greeted Bernie Sanders at every campaign stop. People are hungry for change, and many people are hungry for change from the left.

And now we have Trump. 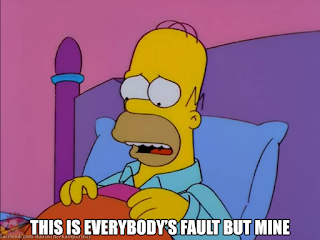 Hillary Clinton supporters -- and of course Clinton herself -- blame Sanders and Sanders' supporters for the election of Donald Trump.

While not surprising, this is as misguided as those who blamed Ralph Nader and his supporters for George W. Bush's installation in the White House in 2004. It has been proven beyond any reasonable doubt that both the 2000 and 2004 elections were riddled with fraud and vote-fixing. Florida alone was the product of massive fraud, and the Supreme Court (not the voters) decided the results, something at least one Supreme Court justice regrets. Yet loyal Democrat voters blame Nader -- and they vowed never to let it happen again.

This time, there is plenty of blame to go around, beginning with the corruption and arrogance of the DNC, insisting on running the candidate who was anointed by the party, rather than one who was chosen, you know, by the voters. They did everything they could do rig the results, and when that didn't work, invoked arcane rules that were designed to thwart democracy. When they were caught, the DNC defended their actions. (The lawsuit against the DNC was not dismissed because it lacked merit, but because the judge ruled it was not a matter for the judiciary.)

In the DNC's bubble of unchallenged power, they overlooked one crucial variable: people loathe Hillary Clinton. It doesn't matter why. It doesn't matter if it's based on fact or fiction or how much sexism is or isn't mixed in. Millions of people detest her and would never vote for her, no matter what the choices.

If Sanders supporters chose Trump over Clinton, that's not Sanders' fault. It's Clinton's, and it's the DNC's. But like Homer Simpson, the DNC cannot accept responsibility for any outcome. It's Sanders' fault. It's the fault of you people for wanting to build a movement for economic justice.

Learning all the wrong lessons

Now that we're witnessing the debacle of the Trump White House, the lesson could not be clearer: don't ever dare vote for a third party, or this is what will happen. You must vote Democrat, no matter what. If you dare to start building a viable party on the left, you will move the country even further to the right (even if only in appearance). Millions of anti-Trump voters now believe more strongly than ever that it is their sworn duty to Always Vote Democrat, no matter what. This must be an especially powerful lesson for the young voters who rallied around Sanders.

For decades, Allan and I have referred to "the circus coming to town" as a shorthand for the theatre of  US election campaigns, lending a thin (and getting ever thinner!) veneer of democracy to a corrupt, undemocratic system. This time, the circus never ended. The threat of real change on the left was more feasible than it had been in a long time, so the distraction had to be even bigger and more lurid.

As I was writing this, as if on cue, an Economist/YouGov poll found that 51 percent of Democrat voters now have a favourable opinion of George W. Bush. If Democrat voters feel that way about Bush, any Democrat candidate who can put a sentence together -- anyone who waves the words "woman's right to choose" and "the rights of all families" around -- will get their vote.

The worst part of Trump is not Trump.

The worst part of Trump is the lost hope of building a new party.

* Personal disclosure, to avoid assumptions. Although I am a dual citizen (Canada-US) and am eligible to vote with an absentee ballot, I do not vote in US elections. While I agree with Bernie Sanders' ideas and his platform, I did not support him. Sanders played the role historically assigned to the most left-leaning Democrat in the primaries, used by the party to bring in the progressive vote. There's one in every election. They do their job and are never heard from again. In Congress, Sanders voted with the Democrats 98% of the time.
Posted by laura k at 10/31/2017 05:47:00 AM