Poor neglected wmtc. In addition to having absolutely zero time and mental space to write, I have some kind of head-cold-thing. So instead of trying to string words together in an order that conveys meaning, I will use this blog as a Tumblr, something formerly known as a photo blog.

I've been seeing such beautiful, creative displays of solidarity lately. These actions can be so inspiring - reminding us that we can demonstrate not only against bigotry and hatred, but for love and compassion, and for justice. 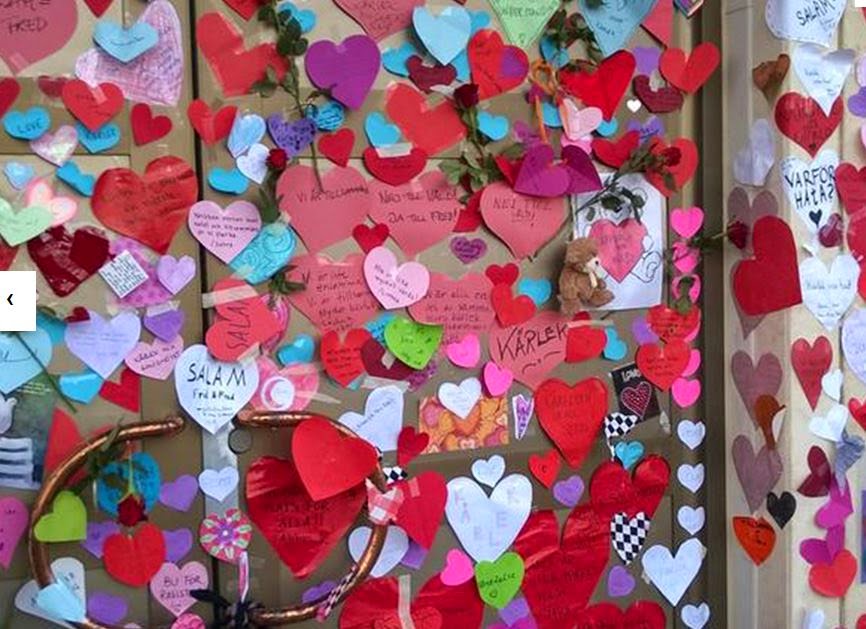 After anti-Muslim rhetoric was scrawled into an Uppsala mosque wall yesterday hundreds of residents gathered to paste cut-out hearts and messages of support onto the entrance of the building, ahead of Friday’s prayers.

The previous day police reported that a Molotov cocktail was tossed at the religious building fortunately failed to catch fire.

Hundreds gathered in the countries three largest cities, Stockholm, Gothenburg and Malmo, to condemn the attacks across the country under the banner: “Don’t touch my mosque”. 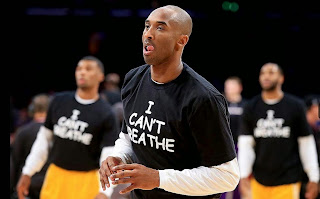 Kobe Bryant and his Los Angeles Lakers team-mates are the latest NBA players to join the protest against police violence.

Bryant and the Lakers wore “I can’t breathe” T-shirts in the warm-up for their game against Sacramento on Tuesday night. 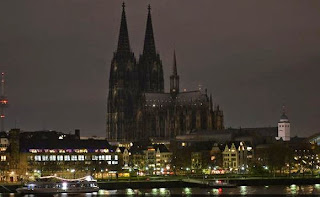 The Cologne Cathedral and several other landmarks across Germany went dark last night in protest against marches by Pegida, an anti-Islamization movement that has rocked the country in recent months. 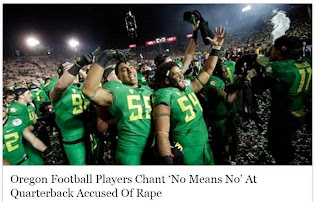 Several University of Oregon football players are facing potential disciplinary action after celebrating their recent Rose Bowl win over Florida State University by chanting “no means no” — apparently in mockery of Florida’s quarterback, Jameis Winston, who was accused of sexually assault in a case that has been fraught with controversy for the past two years.