libraries and ebooks: a good fit, but a very bad deal, or why library users should just say no to ebooks 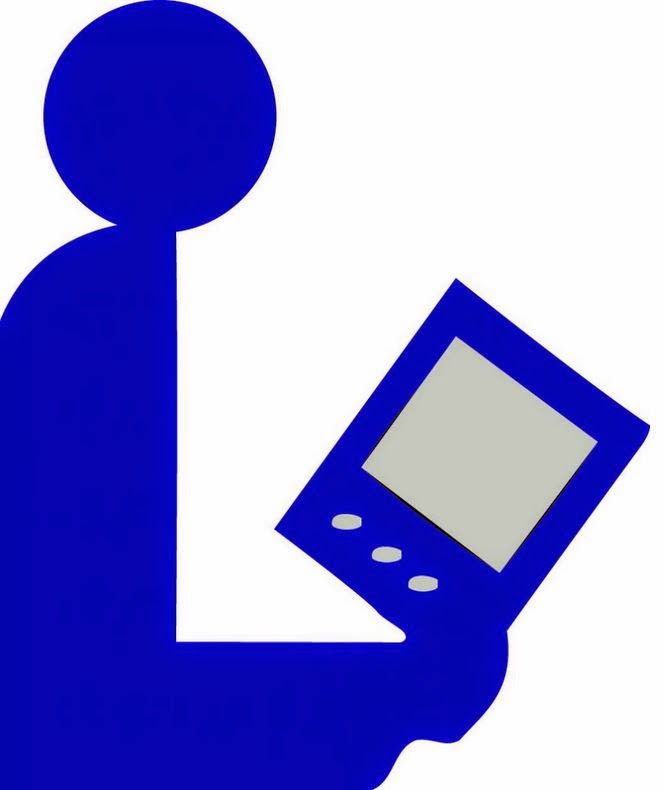 Do you ever borrow ebooks from your public library? Do you have any idea how your library adds ebooks to its collection, or at what cost?

The number of library customers who borrow ebooks is growing all the time. How many of them, I wonder, are aware of how their library gets screwed every time they do.

Even some library staff is unaware of the raw deal libraries are getting when it comes to ebooks. Library-themed journals, blogs, and conferences are filled with talk about digital technology and resources. Yet in this deluge of discussion, there is too little exposing - and opposing - the unfair and unnecessary economics of ebooks for public libraries.

Here it is simply. Digital access to a single title - one ebook - costs the public library $85. That $85 is good for only 26 downloads. And only one customer can borrow the ebook at a time.

Libraries already pay more than full price for print books. There's no volume discount, or non-profit discount. But in the case of ebooks, libraries pay exorbitant fees, anywhere from eight times to 500 times as much as the general public. A print book is available to a theoretically infinite number of library customers, until it physically falls apart. An $85 ebook is available for 26 downloads. After that, the library has the option of licensing it again - essentially re-buying it - for another $85, good for another 26 customers.

This is a blatant ripoff and a terrible use of public funds.

Canadian author and blogger Cory Doctorow has been instrumental in trying to focus attention on this issue.

While I was in Chicago, I sat down with some of the ALA strategists to talk about how libraries are getting a raw deal on e-books. When libraries want to buy an ebook from the publisher, they find themselves paying as much as five times the price you or I pay for the same book. Literally – librarians are paying $60-80, and sometimes more, to include current release frontlist titles in their collections. Each of these ebooks can only be lent to one patron at a time, which means that libraries are sometimes buying a dozen – or more – of these overpriced text-files.

Not only that, but libraries have to buy these books with DRM on them, and invest in expensive, proprietary collection-management software from companies like Overdrive in order to ensure that only one patron at a time can check out any given ebook. These ebooks come with restrictions that don’t appear on regular print books; they can’t be sold on as used books once their circulations drop below a certain threshold; neither can they be shared with another library’s patrons though standard practices like interlibrary loan, a mainstay of libraries for more than a century.

To add insult to injury, HarperCollins insists that libraries delete their ebooks after they are circulated 26 times. This has been pitched as having some parallel to the fact that many library books eventually disintegrate and have to be discarded. But this is both wrong and perverse. Wrong because the 26-circulation cutoff bears no relationship to how many times a book can circulate before it falls to bits. It amazes me to think that HarperCollins wants to frame its products as so badly manufactured that they can’t withstand being read 27 or more times. But beyond the factual problems with a 26-circ cap, there is the fundamental perversity of celebrating and importing the limitations of physical media into the digital world. It’s like insisting that electric bulbs be limited to outputting no more than one lumen of light, since that’s all a comparably-sized candle would manage. The fact that books don’t last forever is not a feature to be preserved through the digital transition: it’s a bug, and the sooner we eliminate it, the better.

The American Library Association, the parent organization of all North American library associations, formed a group called Authors for Library Ebooks (@Authors4LE on Twitter), which seeks to enlist writers to the cause.

Did you know that many ebooks are not available to most libraries at any price? Of those we can buy, libraries frequently pay 150 to 500% more than the consumer price, forcing us to purchase fewer copies for library readers to discover. As more books appear only in electronic form, the situation will become intolerable for our nation’s readers. . . .

The Authors for Library Ebooks campaign seeks to add author voices to those of librarians and readers in support of equitable access to digital content through libraries. There are many ways you can support this effort:

Sign on to the Authors Stand with Libraries statement.

Help us raise awareness of this issue with publishers, other authors and the general public.

Learn more about what’s at stake.

Art Brodsky, in an excellent piece in Wired, explains how the "collusion of large ebook distributors in pricing...contribute[s] to the ever-growing divide between the literary haves and have-nots."

How do such restrictions reinforce the divide between haves and have-nots?

Imagine walking into a library or bookstore and needing three or four pairs of different glasses to read different books manufactured to specific viewing equipment. Or buying a book and then having to arbitrarily destroy it after say, two weeks. That’s just nuts. But it’s the current situation we’re in with ebooks. . . .

Sadly, pricing changes the game for library access altogether because ebook distributors have radically changed the pricing from that of regular books.

Take the example of J.K. Rowling’s pseudonymous book, Cuckoo’s Calling. For the physical book, libraries would pay $14.40 from book distributor Baker & Taylor — close to the consumer price of $15.49 from Barnes & Noble and of $15.19 from Amazon. But even though the ebook will cost consumers $6.50 on Amazon and Barnes & Noble, libraries would pay $78 (through library ebook distributors Overdrive and 3M) for the same thing.

Somehow the “e” in ebooks changes the pricing game, and drastically. How else does one explain libraries paying a $0.79 to $1.09 difference for a physical book to paying a difference of $71.50 just because it’s the electronic version? It’s not like being digital makes a difference for when and how they can lend it out.

In another wrinkle: Random House jacked up its ebook prices to libraries 300 percent last year, and HarperCollins limits the number of check-outs per ebook. This means libraries have to lease another “copy” when they reach a certain threshold … as if the ebook had died or something. In fact, that’s the problem some authors have with ebooks — not just that they earn less money on them, but that “They never degrade. They are perpetual. That harms writers directly,” as historian and novelist David O. Stewart has observed.

These authors don’t mind the high prices charged to libraries because they don’t even like libraries to begin with. Stewart has called libraries “undeniably socialist” because books can be loaned out (for free!) many times, costing writers money from presumably lost sales. This is the same justification book publishers use for their distorted ebook pricing.

But that’s just wrong. Most physical books in libraries aren’t tattered and worn out, particularly hardbacks. And just because an ebook may last forever doesn’t mean it will be read. Reader demand changes with the cultural context: When The Help was at the top of the Times’ fiction best-seller list for 15 weeks in 2011, readers had to wait weeks for copies to come back to their libraries; but now, 39 out of the 79 copies of the book in my local library system are available for checkout.

There are some enlightened authors, like Jodi Picoult and Cory Doctorow, who have joined the Authors for Library E-books campaign, which adds author voices to those of librarians and readers in support of equitable access to digital content. As their site notes, not only are many books not even available to libraries at any price, but those that are can only be purchased at 150 to 500 percent more than the consumer price — “forcing us to purchase fewer copies for library readers to discover.”

Once I learned how ebooks were gobbling up library budgets, I wished the library world had turned its collective back on ebooks altogether. I would rather see the entire ebooks budget spent on print resources, or even on DVDs and videogames. That would certainly bring more resources to more people, which is part of our mission. But that ship has sailed. Libraries cannot afford to be perceived as antiquated or anti-technology, and library customers deserve access to all available formats. The problem is not ebooks: it's publishers and distributors - and overly restrictive digital-rights management.

Way back when, when wmtc featured "we like lists" posts, there was a post called "it was the best of lists, it was the worst of lists". We identified both the good and the bad in the same thing. One of those lists, courtesy of M@, was about ebooks.

1. They tend to be cheaper.

2. There's an opportunity, currently being somewhat fulfilled but possibly to improve, for authors to be better compensated for their work.

4. They really are very convenient to buy and read.

5. Every book can be available to every internet-connected person on earth.

2. I love browsing bookshelves, both in stores and in people's homes. Browsing virtual bookshelves doesn't even compare.

3. Book prices have not stabilized. Currently many e-books cost more than their trade paperback equivalents, not less. There is no good reason for this.

5. I can't figure out how to sign electronic copies of my books.

I agree with everything on this list, although I have grave concerns about a democratization movement that depends on access to and comfort with technology, since those are not democratically distributed.

But for me personally, I wouldn't care if I never read another ebook again. The only advantage I find is the ease of carrying them around: they lighten the load on my shoulder or in my backpack. Other than that, I agree with the more than 60% of young readers surveyed in the UK: I prefer print books.