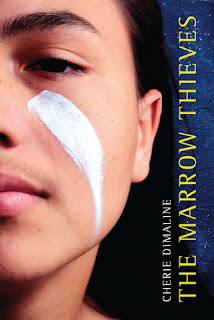 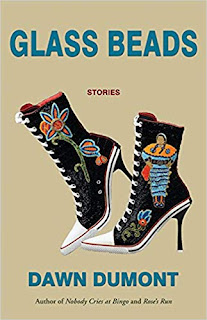 I'm reading Harari's "Homo Deus" in which he mentions that urban western populations are seemingly losing their ability to dream. He writes of "lucid dreaming" by which people are reclaiming their ability to dream and even direct their dreams. I checked YouTube and found several videos on lucid dreaming although I've not tried any of the techniques yet. I have, however, asked several friends about their dream experiences in recent years and most of them said that they have indeed stopped dreaming.

Not exactly a scientific study, but an interesting observation. I've heard of other methods where people try to direct their dreams. That seems entirely possible, since dreams are a product of both our conscious and subconscious mind -- and we can influence one of those.

I enjoyed Marrow Thieves, even though I don't usually enjoy post-apocalyptic fiction.

Actually, that applies for most, if not all, of the Indigenous Reads books I've read. I keep feeling "I'm enjoying this, even though I don't usually enjoy these kinds of stories."


Theory about people who have stopped dreaming: they aren't able to get enough sleep, and have to wake up before their most memorable REM cycle happens. I don't know if this is a general trend, but I find my memorable dreams happen right at the end of the sleep cycle, and on days when I have to wake up to an early alarm, I either don't dream or don't remember my dreams.

Which Indigenous Reads list are you working with? I've noticed many Indigenous titles in your "books I read this month" posts.

I thought that humans always dream, but don't always remember their dreams. I thought that was known from brain scans when people are asleep.

I don't know which list I'm working with because when I started, I was only aware of one list and I added the whole thing to my library list. Then I added every other #IndigenousReads book that reached me on Twitter until my library holds list was full.

I very deliberately added every book without regard for whether I thought I'd enjoy it, because my pre-existing tastes and preferences have been so strongly shaped by colonial society. That turned out to be the right decision - the "I don't normally enjoy these kinds of stories but I'm enjoying this" ratio is better than I ever though possible.