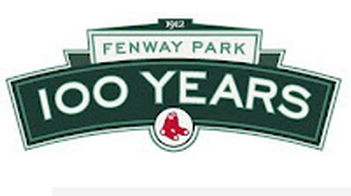 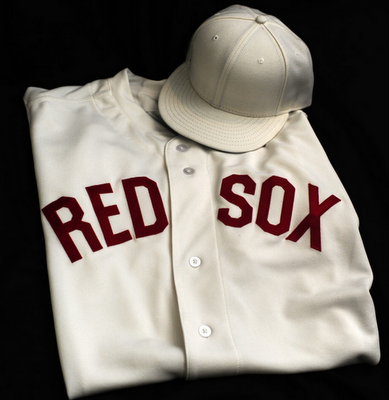 I am sad that I won't be home to watch the festivities, but have the DVR set to capture it for when I get home after the weekend. I hope someone from JOS will be there!

When I first went to Fenway in 1975, I also was awed and captivated. The ONLY ballpark I had ever been to prior to then was Shea Stadium,* where I never sat anywhere but the highest nosebleed section. The magic of Fenway is that no matter where you sit, even in the bleachers or high up in the grandstand, you feel close to and a part of the game.

How could I NOT become a Sox fan after seeing a game at Fenway? I fell in love at first sight.

*My stadium count is still sadly low: only 5, though I have driven or walked past a few others.

DVR to the rescue. I hope most of it the ceremonies are on RedSox.com. There's no guarantee that MLB will show all of it online. But I hope so!

Which 5 parks? Or I should say, which 2 parks, besides Fenway, Shea and YS.

Camden Yards and what was then PacBell (I can't even remember what it is called now, but the SFGiants stadium), both of which are lovely places to watch a game---they try to capture the character of Fenway, but we have the real thing!

I have also driven by the parks in Atlanta and DC and been within El distance of Wrigley, but never inside those three. I am determined to get to a game at Wrigley one of these days. Can't say I have much desire to see most of the others (though seeing any baseball game is a good enough reason to go if I happen to be in a city where a game is going on).

Those are both very nice parks, although the ear-splitting noise level at Camden Yards makes games there a not-pleasant experience, IMO. I am very fond of the Giants' park - and have also been to their predecessor park, the freezing cold Candlestick.

I have seen many more parks, too, but I don't think that counts. You have to attend a game there.

I don't remember the noise at Camden Yards, just the unrelenting sun and heat. We were there in late June, watching a Yankee-Orioles game with my brother, his fanatic Yankee fan friend from NY, and our younger daughter who had just had her wisdom teeth removed! A day I won't forget!

I loved the water view at PacBell, but found all the amusement park features sort of disturbing---don't those people know that the reason to go is to watch baseball??

What is your favorite, after Fenway? Your least favorite?

After Fenway, I guess a very distant second is Dodger Stadium. Then there are just other parks I like - Seattle, San Francisco. I may be the only person you'll meet that likes Comiskey (no longer called that).

I'd very much like to see another game in Pittsburgh, we were there before the current/nice/new park was built, and I love the backdrop of the bridges (that you see on TV). I'd also like to see a game in the Mets' new park.

One of the best parks I've ever been to, sadly, is Tiger Stadium. (The park's demise famously began our midwest rust-belt baseball trip... a bittersweet memory.) In the upper deck in that park, you were right on top of the field. Downstairs was no big deal, but when we sat upstairs (with Tom Stanton, who was writing his book about the park at the time), it was unbelievalbe.

After Fenway, I guess a very distant second is Dodger Stadium.

. I hope most of it the ceremonies are on RedSox.com.

Worst park I've ever been to was the Kingdome in Seattle. Horrendous. Seattle has the biggest swing in ballpark quality that I've seen.

Veterans Stadium in Philly was also awful, and I also like their new park. But even The Vet wasn't as awful as the Kingdome. It looked like a prison from the outside.

Kingdome memory: we there in July 1996, on Alex Rodriguez' 21st birthday. I was a big fan of his in those days - he was my current baseball crush, and such an exciting young player. Fans had signs for his birthday, etc.

Our dog was recovering from knee surgery and I was calling home from a payphone to find out how she was doing.

We were in Seattle for a few days on our way to Alaska.

Got to hit the road, but that's all very interesting and not what I would have expected. Somehow I figured that Rogers would be at or near your bottom, just because it looks SO ugly on TV. And I know Dodgers Stadium is a classic, but I figured it was sort of a Shea-type stadium---round, no character and huge.

OK, hitting the road! Enjoy the festivities and the game. GO SOX!

Nope. I'm glad Wrigley exists and I hope it always does, but I'm not a big fan. I actually prefer the other Chicago park! Crazy, I know!

Rogers Centre is not a great park, but when the dome is open, I don't hate it. I hate indoor baseball, but that's another story.

Dodger Stadium is beautiful because of its location - in a valley, the famous Chavez Ravine, with mountains as a backdrop behind the outfield - and in downtown LA.

It's also full of beautiful little design touches, like a huge THINK BLUE in the parking lot (very old). It has a real old-ballpark feel.

JoS will be represented at the Park today. Joe Grav is going!!

Nice job, having a girlfriend whose dad has season tickets and lives in New York!

Thanks for thanking me, John. :)

The ceremonies were wonderful - truly beautiful. The game, not so much.

JoS will be represented at the Park today. Joe Grav is going!!

Silly me. Jere was there, too, of course! His photos are here.

Thanks for linking to my pics. I also went to the open house and it was great. I'll let you know when I finally get around to posting those pics.