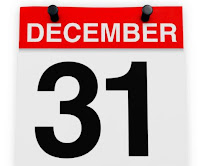 As a rural resident in SW Ontario just a few miles outside of a small 'city' (Owen Sound) I wonder how the folks in the more remote areas of Vancouver Island make out streaming such data. Here not that far from the 'big citys' further south its a challenge getting anything even approaching 'high speed' internet at reasonable cost or indeed at all, other than 'in town' where cable or fiber is available.

Rural, was this comment meant for the most recent post, about streaming services? If you want to copy it there, I can respond there? Thanks.